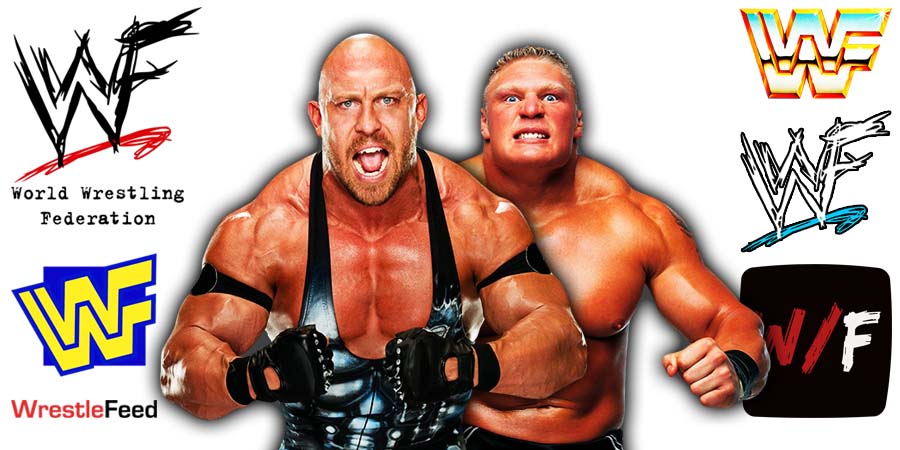 On a recent episode of his podcast, former WWE Superstar Ryback addressed the rumor of him getting into a fight with Brock Lesnar backstage in WWE and getting beat up by The Beast.

“Where did you hear that? I suspected it was, maybe (CM) Punk put that out because I can’t remember the timing or whatever other shady people in that company at the time with all of that.

It was me vs Donny Marlow, and it was the first match where Ryback was going to get taken off his feet. Marlow gave me a forearm to the face. It busted my eye, my eye was bloodshot. That eye looked like that Terminator eye.

Then I remember, like, something that Brock Lesnar and I got into a fight and Brock beat me up. I remember thinking, ‘When did that happen?’

I remember Brock and I getting along. That’s when I remembered, ‘Man, people just put out so many lies.’ I was like, ‘Who was putting out those fake stories?’”

It was pre-taped at the Pepsi Arena in Albany, New York and featured matches, interviews & storyline segments on the road to the ‘The Great American Bash 2006’ PPV.