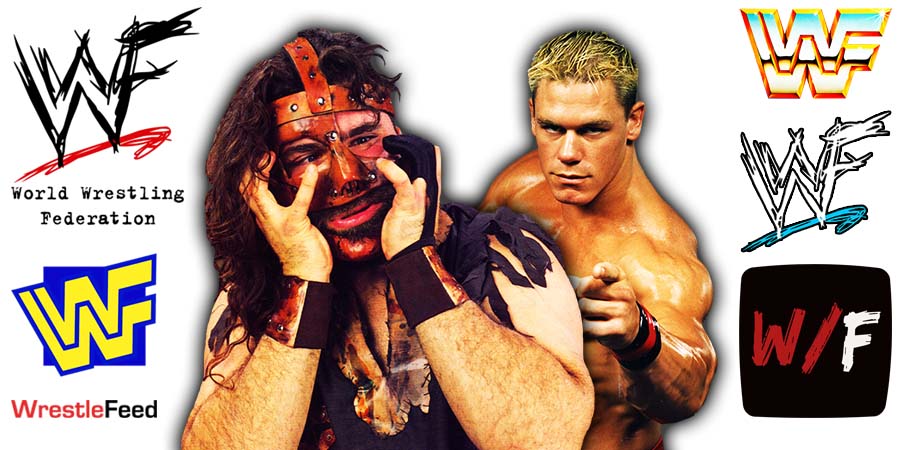 WWE Legend John Cena did a movie called “Vacation Friends”. WWF Legend Mick Foley saw the poster of the movie and he wasn’t happy about what he saw.

You can check out the movie poster below:

Time to book your trip 😏🧳 #VacationFriends is streaming THIS FRIDAY only on @Hulu! pic.twitter.com/gEyXtLOVem

You can check out the actual size of Cena’s forearm below:

Below is what Foley said on his podcast:

“Let me tell you something, brother, I know John Cena. John Cena is a friend of mine. John Cena has a forearm that I referred to in my Santa memoir as one that Popeye the Sailor Man would be envious of.

It’s obvious to me, that’s not John Cena’s forearm in the movie poster, that’s a normal person’s forearm. John Cena does not have a normal forearm.

Cena didn’t have guts, stamina, intestinal fortitude to step in there and do the photoshoot of his own [arm]. I think this might sound slanderous but I think that there was some photoshopping going on.

So, John Cena, you have some explaining to do.”