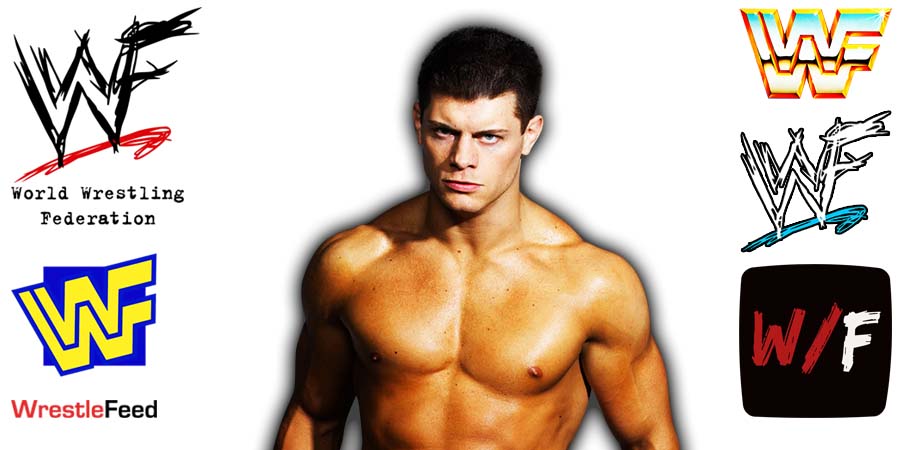 Cody Rhodes recently underwent surgery to repair a torn pec. WWE announced that he will be out of action for 9 months.

Cody posted the following update on his Instagram story:

“Sling off for rehab – in gym. 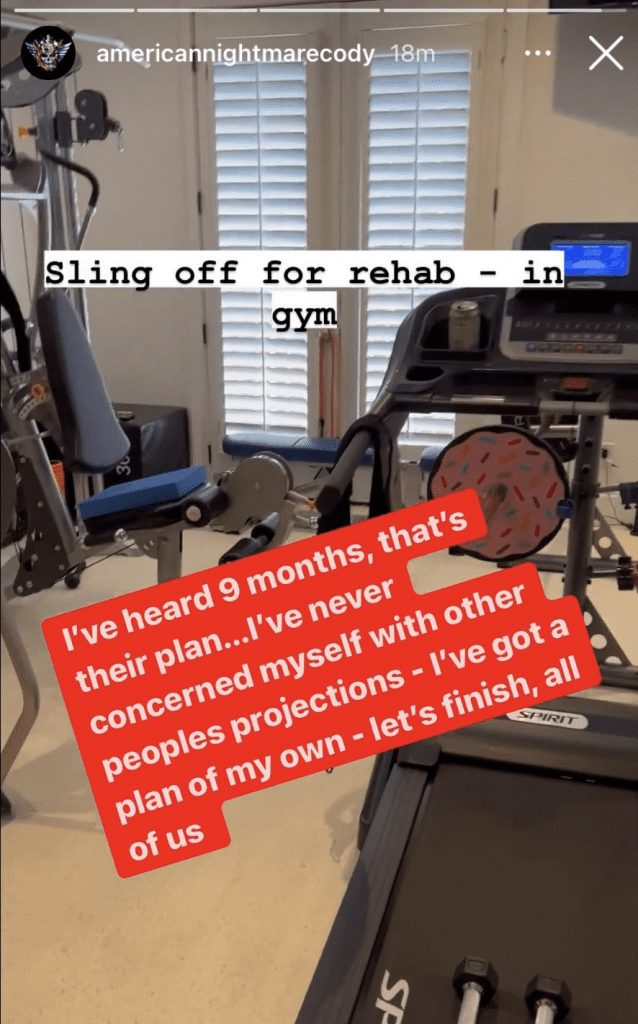 Rhodes is expected to return around the 6 month mark, which means the possibility of him returning during the 2023 Men’s Royal Rumble match is high.

According to the Wrestling Observer, WWE wants to book Cody’s return similar to Triple H’s 2002 return from injury, which featured a Royal Rumble win and Undisputed Title victory at WrestleMania.

WWE filmed Cody’s surgery and the footage will be used in future promo packages.