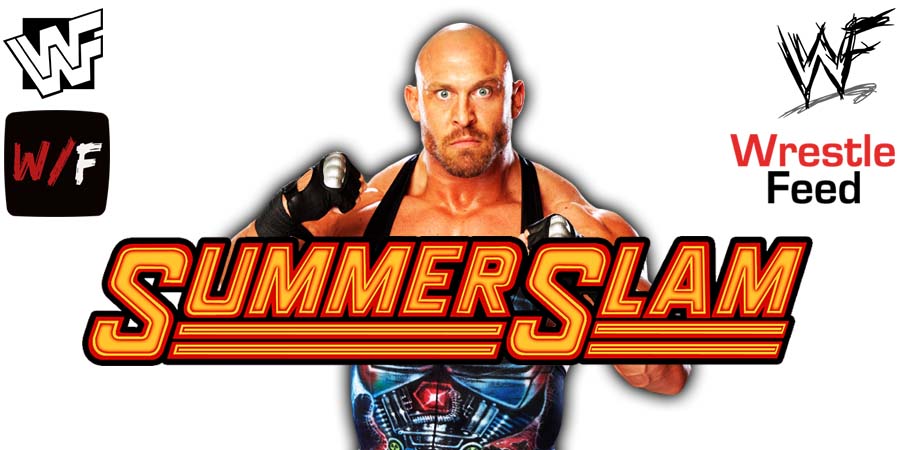 In a recent Twitter video, former WWE Superstar Ryback was seen getting a tune-up from a chiropractor, but at the end of the video The Big Guy said “See ya at SummerSlam”.

The text of the post did not refer to that though, as he only tweeted:

“Another great session on the shoulder today with Dr. Carlos and Dr. Sean. Couldn’t do this without these guys!”

Another great session on the shoulder today with Dr. Carlos and Dr. Sean. Couldn’t do this without these guys! 🙏 pic.twitter.com/biVOIFIKk3

After this, he entered WWE’s SummerSlam contest on TikTok. WWE is looking for the next great ring announcer, and the winner of this contest will serve as the ring announcer for one match at this month’s SummerSlam 2021 pay-per-view.

In his video submission on TikTok, Ryback gave the introduction for the Roman Reigns vs. John Cena match, where he called Paul Heyman a “fat schmuck” and for Cena, he said “You can’t see him, but China certainly can.”