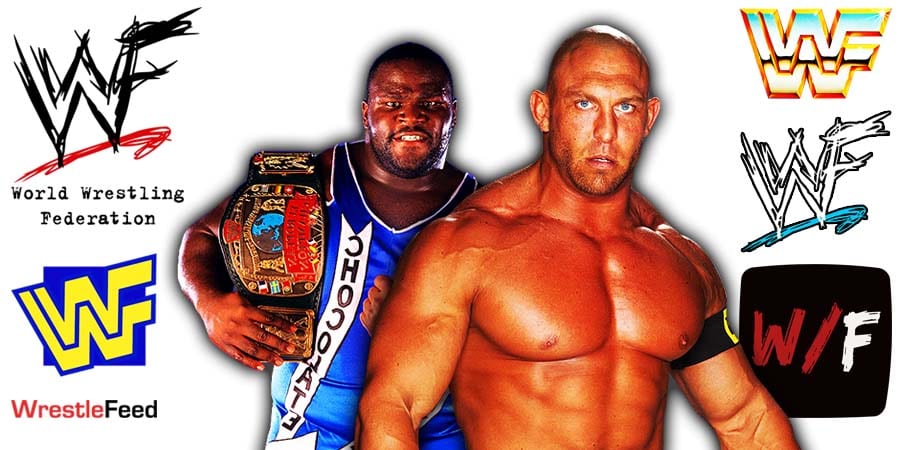 • Ryback Puts An End To His Feud With Mark Henry

WWE Hall Of Famer Mark Henry and former WWE wrestler Ryback had been involved in a war of words since Henry criticized The Big Guy for calling wrestling fake and Titles being props given to wrestlers to get them over with the fans (which Ryback later clarified was a sarcastic tweet aimed at FOX).

Ryback then alleged that John Cena did not want to work with Henry, and Henry was sleeping backstage at WrestleMania 29.

Henry responded to these remarks by saying that he’ll tear Ryback’s flesh off if he gets into a fight with him. He stated that these were his last comments on this matter.

Last night, Ryback went live on his Instagram account and read Henry’s comments about him. He said that he and Henry gave their takes, and he’ll get along with him when they meet because the whole situation was just “stupid bullsh*t.”

He ended by saying that if Henry still wants to fight, then “I’m The Big Guy!”

On this day in 2007, we lost Old School WWF/WCW/ECW Legend “The Beast From The East” Bam Bam Bigelow (Real name: Scott Bigelow) at the age of 45 after a drug overdose.