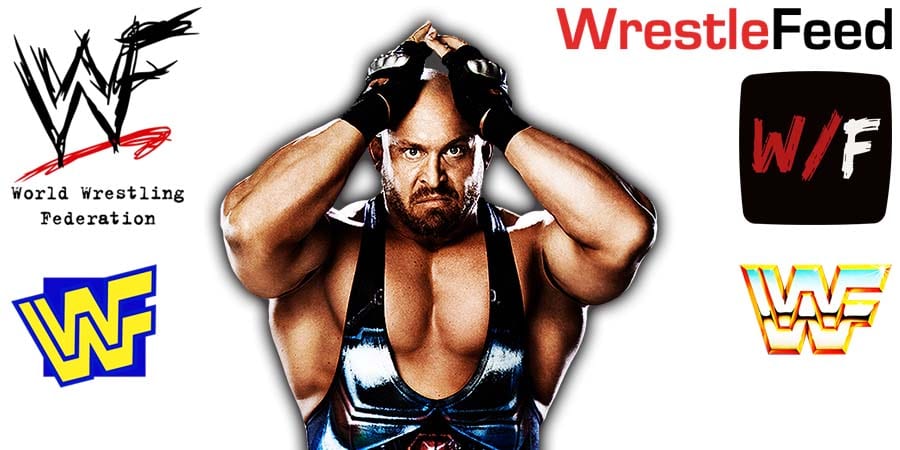 WWF Legend Dwayne ‘The Rock’ Johnson is currently the highest paid actor in all of Hollywood, but he’s also very well known to have a huge heart, a fact that’s not just covered by NBC’s Young Rock TV show, but is actually something literally everyone around him would confirm in a heartbeat.

A few days ago, The Rock not only gifted his own mother (Ata Johnson, widow of Rocky Johnson) a brand new house, he also bought one for his cousin, WWE Superstar Tamina Snuka, daughter of the late ‘Superfly’ Jimmy Snuka.

Here’s what The Rock posted on Instagram about Tamina’s new home, in addition to a video that shows him surprising her by bringing her to the compound, while her eyes were covered:

“Hard to explain these emotions for all of us as I led @saronasnukawwe through her new door.

This one felt good.

I’ve known my cousin Sarona since we were little kids growing up together. Man, this girl’s gone through some tough times, but regardless of what life’s thrown her way – she was ALWAYS determined to break the cycle and become a strong and inspiring single mom example to her two greatest inspirations — her daughters, Milaneta & Maleata.

It’s so damn hard to make it as a pro wrestler.

And it’s even way harder to make it if you’re a woman.

Sarona (like many amazing women in pro wrestling) made her mind up long ago that she was gonna walk the walk and earn her respect in pro wrestling and make sure that the hard times she’s experienced were always her REASON to WORK HARDER and never let it become the EXCUSE to GIVE UP.

And that’s what she did.

And that’s why my heart’s proud.

Love you cuz and we always got your back.

Welcome home and we breaking out the @Teremana baby!!! 🥃🥃😂😂😂

A very special THANK YOU to our @bianca.a.aubrey & her company @beyond_estates for helping me create this magical moment.

Only 2 days later, The Rock did it again and surprised Tamina one more time, again while her eyes were covered, but this time the gift was a brand new expensive car.

Here’s what The Great One wrote about it on Instagram, again adding a video that shows her getting surprised:

“Man this was just awesome – you can feel the mana!!

My cousin, Sarona is the real deal example of humility, hard work, breaking the cycle and overcoming the odds.

Life as a pro wrestler is very hard.

It can be very rewarding, but it can also tax your soul.

Life as a female pro wrestler and being a single mom, trying your best to raise two daughters while being on the road, all year around – FOR YEARS…

That life is very, very hard.

I salute you because (and all the women wrestlers living the grind).

And that’s why you’ll always see and hear me say, how proud we are of her.

And I’m also so proud of my little Tornado, Jazzy who flies in with the @Teremana at the perfect time baby!!!

We love you cuz and always got your back

Former WWE Intercontinental Champion Ryback addressed this situation on Twitter, where he blamed legendary WWF/WWE promoter Vince McMahon for not paying Tamina enough for her to be able to afford her own house.

This episode featured pre-taped matches & storyline segments on the road to the ‘WCW Bash at the Beach 1997’ PPV.