– Highlights Of The 1992 WBF Championship

– The Fink Announces That Shawn Michaels Has Left The Building

Sasha has been on a hiatus since then and there’s no word on when (or if) she’ll return to WWE programming.

While we haven’t heard from Sasha on WWE TV in a while, she is pretty active on Social Media and recently liked a tweet where a fan wrote the following about WWE:

“With every passing Raw and Smackdown I grow less and less interested in the product. I’m starting to realize that I’m supporting a shitty company for its past greatness rather than critiquing it’s current bullshit. I can’t even sit through Raw or Smackdown anymore.”

Below is a screenshot of Sasha liking this tweet:

With that being said, Sasha recently promoted All Elite Wrestling’s upcoming show, Fyter Fest, by retweeting a post from AEW Executive Vice President Cody Rhodes titled “The Road To Fyter Episode 3” on Twitter.

You can check out a screenshot of this below: 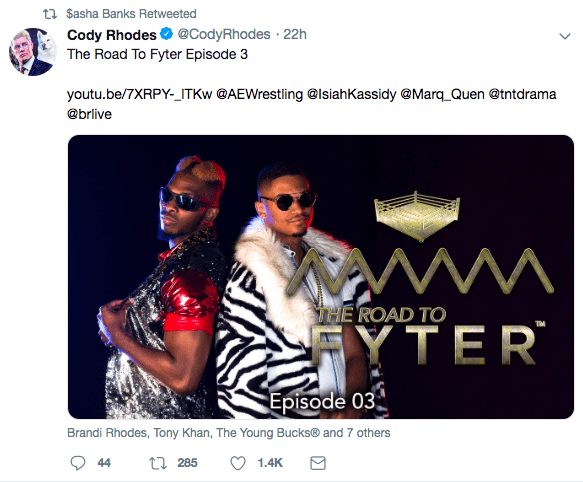