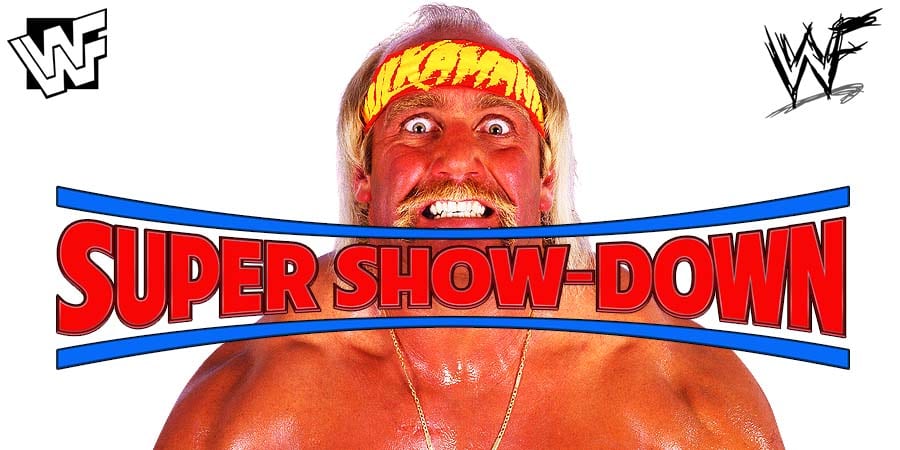 On this day in 2006, we lost Old School WWF Legend Earthquake (Real name: John Tenta) at the age of 42 due to a bladder cancer.

According to The Dirty Sheets, Saudi Arabia officials are trying to control WWE’s booking and want WWE Hall of Famer “The Immortal” Hulk Hogan to win the 50 man Battle Royal today at WWE Super ShowDown.

WWE planned to have Ali win the Battle Royal (Ali was originally supposed to work today’s PPV as the WWE Champion, but his push was given to Kofi Kingston instead) to please Saudi officials, but Saudi officials are more interested in having a big winning moment featuring the Hulkster.

No word yet on if Hogan is in Saudi Arabia for today’s PPV.

Saudi Arabia officials are dissatisfied with the World Title matches that WWE has booked for today’s WWE Super ShowDown PPV (Seth Rollins vs. Baron Corbin for the Universal Championship and Kofi Kingston vs. Dolph Ziggler for the WWE Championship) and this is why Brock Lesnar could actually cash-in his Money In The Bank contract and become champion once again.

Lesnar was scheduled to cash-in his MITB contract on October 11 (possibly on SmackDown on FOX on the WWE Champion), but WWE officials might rush it and do it today to please the Saudi Arabia officials.