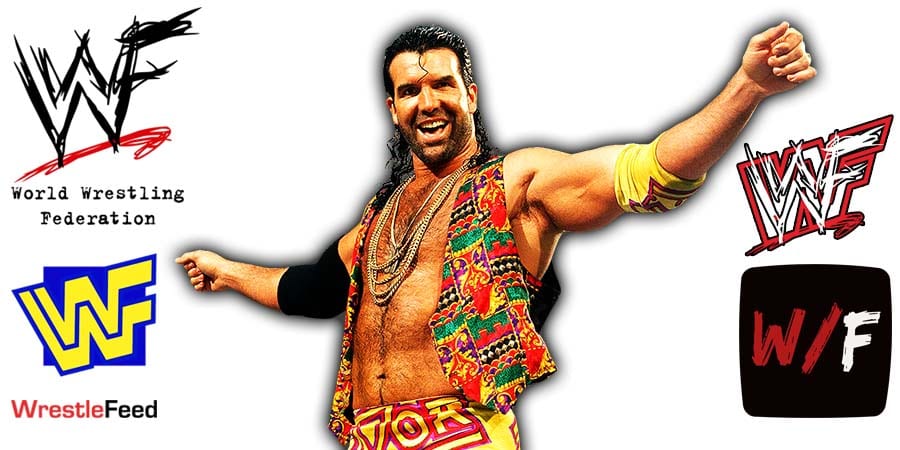 During an episode of his Kliq This podcast, 2-time WWE Hall Of Famer Kevin Nash recalled a backstage story from the 90s, where the late Scott Hall beat up former WWF Intercontinental Champion Marty Jannetty.

Below is what Nash said:

“One of my favorite stories is Marty Jannetty trashed a hotel room and somehow Scott (Hall) got blamed. And he got called and they deducted money out of his check and he gets sent home.

(Scott) got to the building and Marty was asleep on a training table. I guess, Scott just… I mean… beat the dog sh*t out of him.

That was what Scott would always say. ‘I might not be the toughest guy but sooner or later I will get you when you’re asleep.'”

Marty had the following to say about his incident during an interview with The Hannibal TV:

“[Dave Peterson] said, ‘Scott [Hall] has just come in and started pounding you while you were sleeping’.

At that point, I got so upset about it. I’m sitting there thinking, ‘So he just beat me up while I was asleep…’

This episode was pre-taped in Long Beach, California and featured matches & storyline segments on the road to the ‘WCW Halloween Havoc 2000’ PPV.