• Scott Steiner Reveals The Worst Mistake He Has Ever Made

During a recent conference call, WCW Legend Scott Steiner answered who he wanted to wrestle when he went to WWE in 2003, who his dream match would be against and what he could have done to avoid the worst mistake of his life.

On who he wanted to wrestle when he first went to WWE in 2003:

“When I first went up to WWE in 2003 they asked me who I wanted to wrestle, and I said, ‘I wanna go against The Rock.’ At the time, he was the best they had, and unfortunately, that didn’t turn out and I got stuck with a frickin idiot. That’s probably my only regret. You know, Rock’s a good guy, he’s a great entertainer, and I thought we could have done good things together.”

On who his dream match would be against:

I’d have to say Stone Cold and The Rock, because even though I wrestled Steve Austin in WCW, he wasn’t Stone Cold. And I think our characters would match up good and same with The Rock. I think it could be interesting both doing interviews and in the ring. So, those two guys right there.”

On what he could have done to avoid the worst mistake of his life:

• Check Out The Epic Set WWE Made For Greatest Royal Rumble

Below are some videos of the Greatest Royal Rumble set:

WWE have pretty much got the stage set for their Greatest Royal Rumble show on Friday in Saudi Arabia! They're making the place look like a WrestleMania! Also notice the Steel Cage too! Can't lie i am excited! #WWEGreatestRoyalRumble #WWE #GreatestRoyalRumble #Jeddah #SaudiArabia pic.twitter.com/z5ytEmEys1

Below is the complete look: 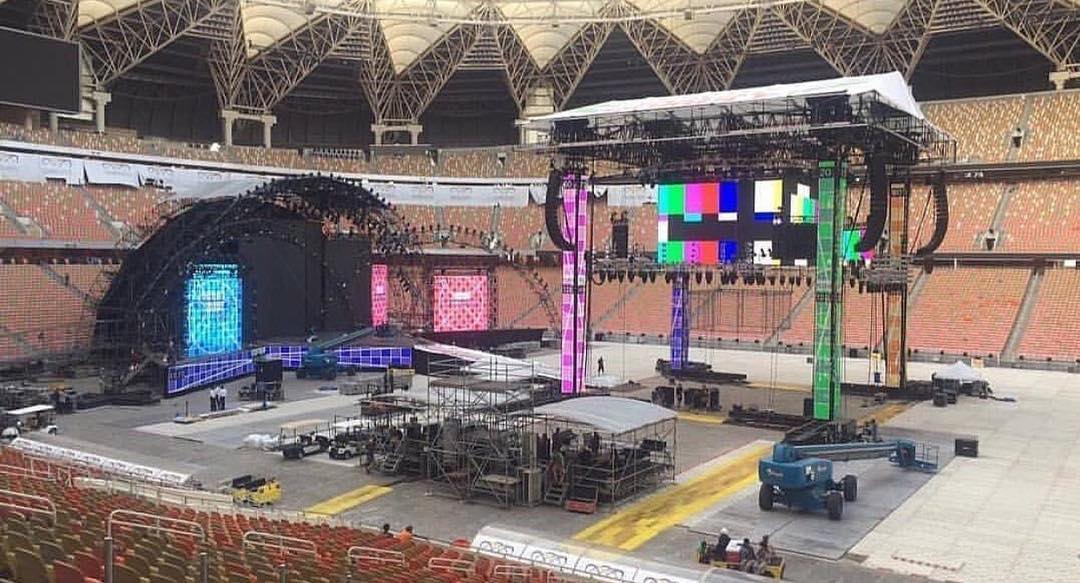