With “The Game” Triple H helping Kevin Owens to win the WWE Universal Championship last year and bringing “The Destroyer” Samoa Joe to Raw this year, there have been talks of Triple H doing big things in 2017.

Word is that Triple H is working on an unstoppable monster heel stable on Raw, consisting of big heel wrestlers. Currently rumored names of this stable include Kevin Owens, Samoa Joe, Braun Strowman and The Authors of Pain (NXT Tag Team Champions).

It looks like the seeds for this stable were planted on last night’s episode of Raw, when Samoa Joe came to Kevin Owens’ aid when Owens was brawling with United States Champion Chris Jericho. You can watch it below:

It should be noted that Owens & Joe are scheduled to team up with Triple H to face the team of Jericho, Sami Zayn & Finn Balor at upcoming Raw Live Events in March. 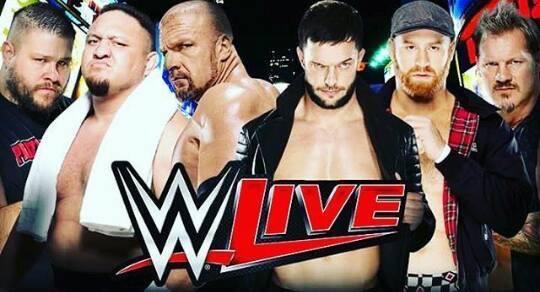