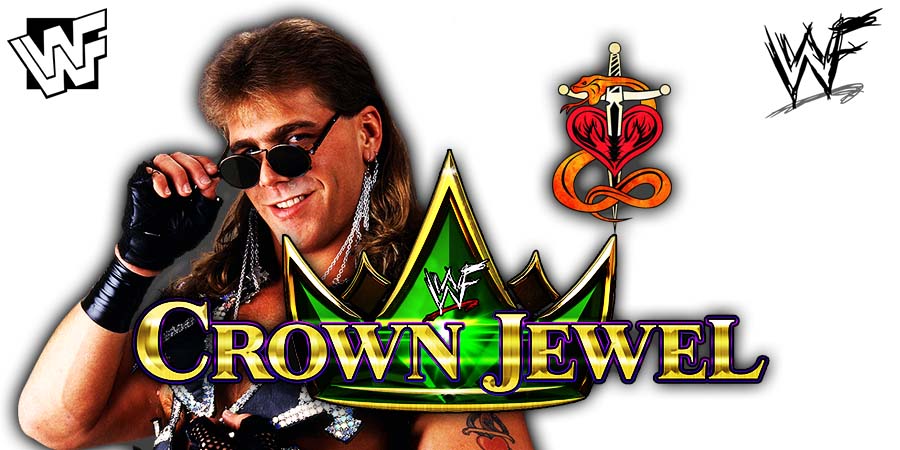 On the new episode of his weekly ‘What Happened When’ podcast, legendary NWA/WWF/WCW announcer & play-by-play commentator Tony Schiavone spoke about the Crown Jewel 2018 PPV, which took place exactly 4 years ago today.

But first and foremost, this event highlighted the in-ring return of WWF Legend Shawn Michaels, who retired from professional wrestling after losing the WrestleMania 26 main event in 2010, and always said he would never come out of retirement for another match.

Tony Schiavone’s co-host, Ric Flair’s son-in-law Conrad Thompson, mentioned that he heard about the money the Saudi Prince offered to The Heartbreak Kid for coming out of retirement for the D-Generation X (HBK & Triple H) vs. Brothers of Destruction (The Undertaker & Kane) main event.

“I do think it’s interesting that this is Shawn Michaels’ last match. He got paid a f**k ton of money here, millions of dollars.

I don’t know if it’s true, but I heard he got like $3 million for this match. Like if that’s real, of course he had to wrestle again. Are you kidding?’”

We originally reported this news in 2018, so we can confirm this number to be true. Other huge salaries for this event include The Undertaker and Brock Lesnar making $2 million each.

It was broadcasted from the Compaq Center in Houston, Texas and featured matches, interviews & storyline segments on the road to the ‘WWF Survivor Series 1998’ PPV.

D-Generation X vs. The Brood