On tonight’s episode of Raw, “The House of Justice” reunited when Roman Reigns, Seth Rollins & Dean Ambrose attacked The Miz, Cesaro & Sheamus during their Miz TV segment and then Triple Powerbombed Intercontinental Champion The Miz.

All three members of The Shield then did their signature fist pump for the first time ever in over 3 years. It was then announced that The Shield will face Intercontinental Champion The Miz, Sheamus & Cesaro in a Tables, Ladders & Chairs at the upcoming TLC 2017 PPV.

Later in the night, “The Monster Among Men” Braun Strowman defeated Matt Hardy in a singles match. Strowman wasn’t done with Matt and was taking him to the entrance stage to do something with him, but he was interrupted by The Shield.

The Shield then beat Strowman down and Triple-Powerbombed him through the announce table and they were sporting their new Shield T-Shirts while doing so. It’ll be interesting to see if Strowman will play a role in Shield’s TLC match after this attack.

You can watch The Shield destroy Strowman below:

The #MonsterAmongMen @BraunStrowman has had his issues with each member of #TheShield…and they just came back to haunt him! #RAW pic.twitter.com/k1BjynRpQu

You can watch The Shield attacking The Miz, Sheamus & Cesaro below: 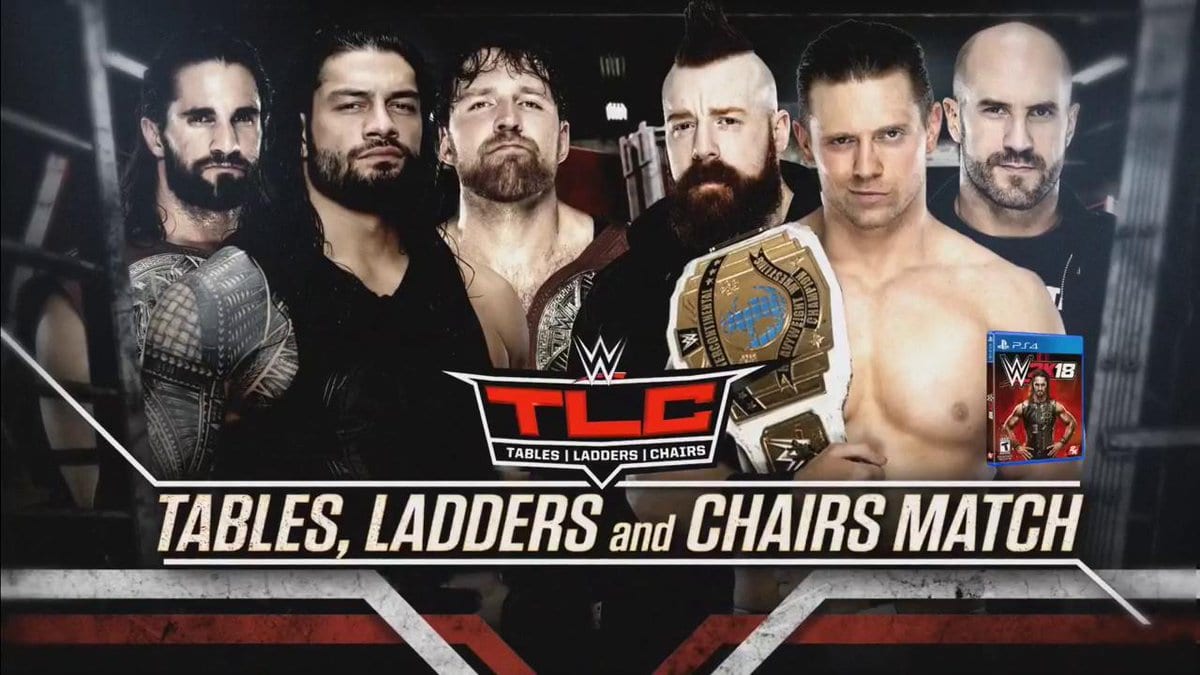