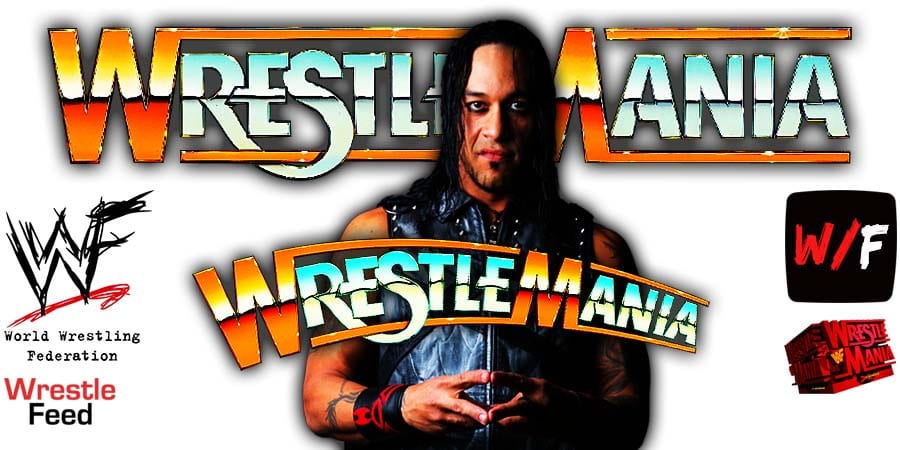 • “Sign me up, please!” – Damian Priest On Rumors Of A Big WrestleMania 37 Match

As we have noted before, Popular Latin rapper Bad Bunny is giving WWE exposure to millions of new fans by appearing on WWE TV and posting his appearances on Social Media, which have gained a huge number of views.

Bad Bunny is currently training at the WWE Performance Center and multiple reports have stated that he will compete in a Tag Team match at WrestleMania 37.

The match is rumored to be Bunny teaming up with Damian Priest to take on the team of John Morrison & Mr. Money In The Bank The Miz.

During an interview with SK Wrestling, Priest was asked about this rumor and here’s what he said:

“That’s been brought up to me by other people as well. I read the reports like everybody else did, so I don’t know, but I will say this…that guy is so talented and so determined to achieve what he wants on his terms that if he wanted to do this, or he wanted to transition or wanted to wrestle, I’m sure he could achieve it.

He’s not even supposed to have the success he has in his profession now, but he figured out a way to make it work. He’s just a good human being – that always helps – and if he wanted to [wrestle] I’m sure he could.

Hell, I don’t care what I’m doing. First of all, I’m just trying to be on WrestleMania. It can be in any way, shape or form, so to get in with someone like him and his caliber of status in this world…sign me up, please!”

Smirnoff wrestled for the World Wrestling Federation from time to time in 1983, 1984, 1985 & 1986 and otherwise spent most of his career touring Japan & Canada, as well as working for Verne Gagne’s AWA and Jim Crockett Promotions.

The ‘Alexis Smirnoff’ character was portrayed by French-Canadian Wrestler Michel Lamarche from Saint-Lin, Quebec, who lives in Fremont, California.