She was the WWF Women’s Champion during the famous Rock ‘n’ Wrestling era, winning the belt twice, first at MTV’s ‘The Brawl to End It All’ event and for a second time at the first ever WrestleMania.

This week’s episode of SmackDown Live drew poor attendance. Below is a photo: 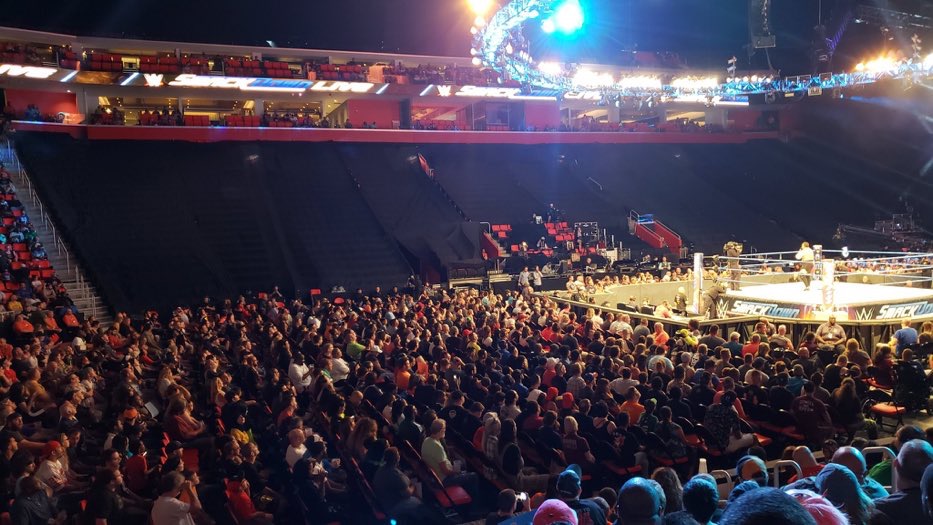 Now some people will argue that this isn’t poor attendance and that the hard side of the camera is always tarped off to accomodate the camera setting. However, that’s not the case and only a small portion of the hard side is used for setting up the camera.

RAW wrestler Mojo Rawley thinks he’s the most underrated superstar in WWE history. Below is what he tweeted:

Mojo was among the heel wrestlers that beat up The Shield in the main event segment of this week’s RAW.