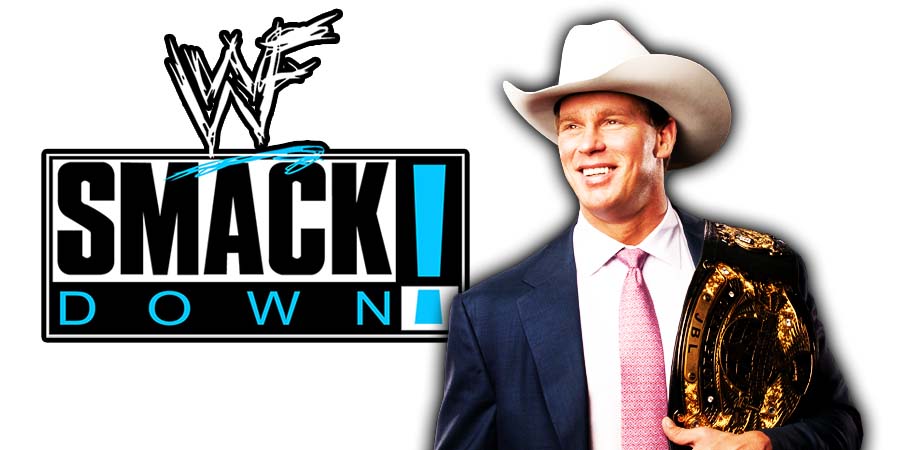 Below are the complete results from tonight’s taped episode of SmackDown (which was the final episode before WWE Clash At The Castle):

– The Viking Raiders def. The New Day in a Viking Rules Match

– Shayna Baszler said she’s going to make Liv Morgan suffer and take the SmackDown Women’s Title tomorrow. Liv interrupted and said she’s not going to tap out and will tear off Shayna’s arm.

– Adam Pearce read a letter from WWE Management that said Ronda Rousey’s suspension has been lifted, but that if it was up to him he would’ve fired Ronda as she is the biggest b*tch he’s ever met. Ronda grabbed Pearce and put him in an Armbar.

After the match, MMM & Los Lotharios attacked them, but Street Profits made the save.

WWE Hall Of Famer JBL picked up Corbin in a Limousine backstage.

– The Usos & Sami Zayn held a Celebration for Undisputed WWE Universal Champion Roman Reigns completing 2 years as champion, but Drew McIntyre crashed it and took them all out.

Drew put Jey through the barricade and said tomorrow he’s going to take Roman’s head off at Clash At The Castle.

Are we looking at the next Undisputed WWE Universal Champion?!@DMcIntyreWWE #SmackDown pic.twitter.com/eSRp1u7I3H