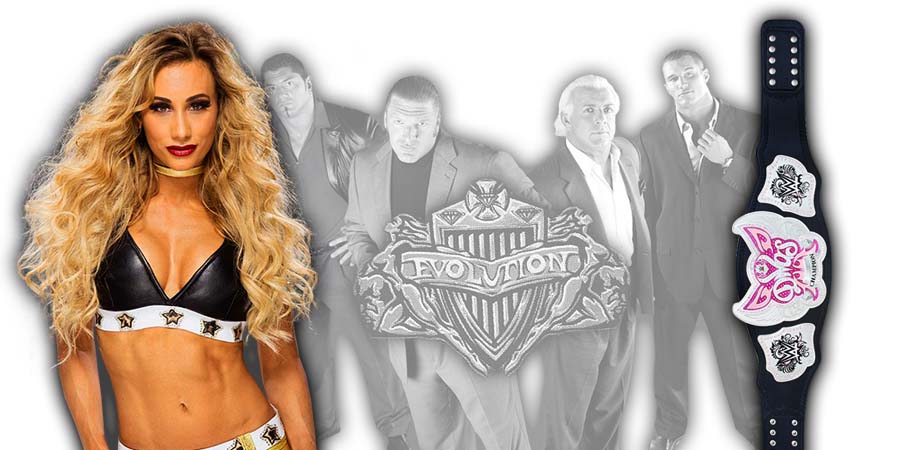 It was broadcasted from the Nassau Coliseum in Long Island, New York and featured matches, interviews & storyline segments on the road to the ‘WWF In Your House 25: Judgment Day’ PPV.

Among the names missing from the banner, one name is former SmackDown Women’s Champion Carmella.

Below is what Carmella tweeted regarding her not being featured on the banner:

Speaking of the WWE Evolution PPV, Stephanie McMahon is set to have a historic segment at this PPV, where she will announce the debut of the WWE Women’s Tag Team Championship.

Below is the current match-card for this first ever all-women’s PPV: