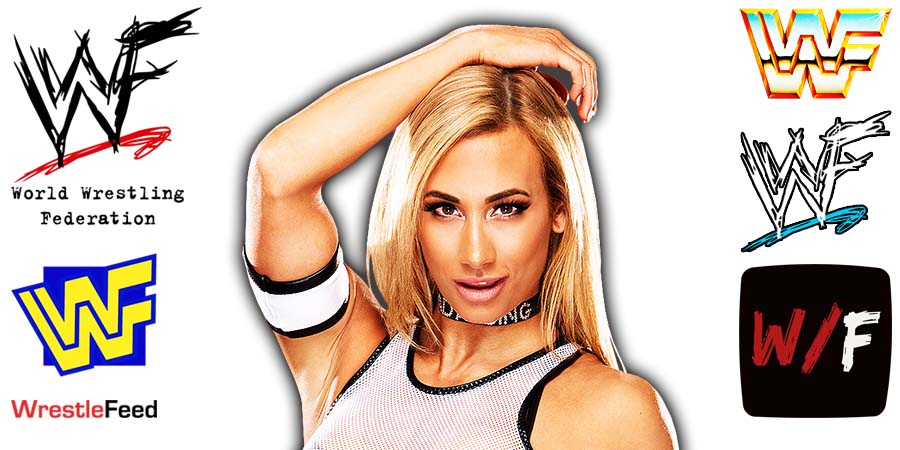 Former SmackDown Women’s Champion Carmella is one of the hottest female superstars in WWE today.

Her current nickname is “The Most Beautiful Woman in WWE”.

Carmella never shies away from showing her hotness and said earlier this year that she wouldn’t mind recreating the Edge-Lita live $ex celebration in the ring with her husband, RAW Commentator Corey Graves.

“I mean, there are a few things I can think I would enjoy doing on TV, maybe like recreating the Edge and Lita scene.”

On this week’s RAW, Carmella faced Bianca Belair for the RAW Women’s Championship and lost.

Despite the loss, SmackDown Superstar Natalya made sure she praised Carmella. Below is what she tweeted:

On this day in Pro Wrestling history on July 20, 2008, WWE presented The Great American Bash 2008 PPV from the Nassau Coliseum in Uniondale, New York.

This was the final WWE PPV under the TV-14 rating, as it was around this time that WWE turned to TV-PG.

The main event of the show saw Triple H defend the WWE Championship against Edge. Also on this PPV, Michelle McCool became the inaugural Divas Champion.