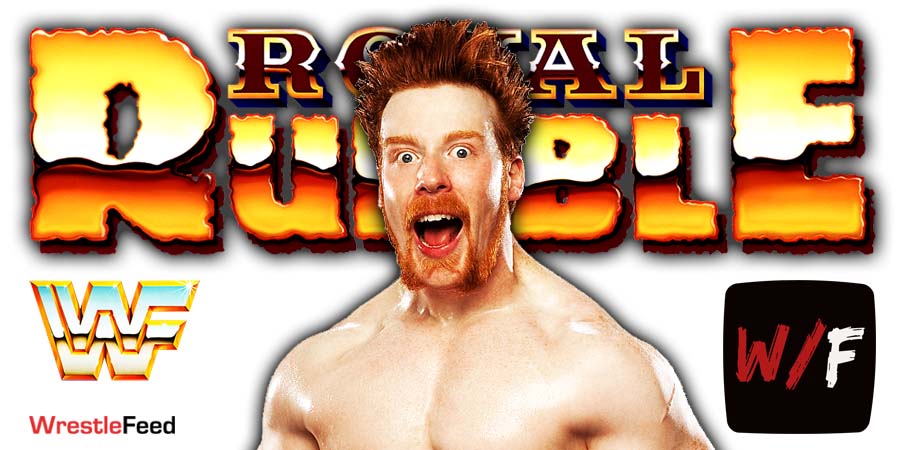 During an interview with Graham Matthews, former WWE Champion Sheamus revealed that he will challenge for the Intercontinental Championship at WrestleMania 38 if he wins the Men’s Royal Rumble 2022 match tonight.

The Celtic Warrior has noted in past interview that he needs to win the Intercontinental Title to become the ultimate Grand Slam Champion in WWE.

Below is what the current SmackDown Superstar said:

“I don’t think it’s a bad idea, it’s a great idea. I was thinking about it the other day and it’s the last title I need to be the Grand Slam Champion.

When I was on SmackDown during the ThunderDome era, it eluded me. Then, I went to RAW and was separated again. Now, I’m back on SmackDown and we had the gauntlet match that Sami Zayn won.

It’s the last thing I need and it seems to be the hardest thing to get, which is kind of incredible if you think of everything I’ve won over my career. It’s the one title I haven’t been able to get my hands on.

It’s what I want and what I need to be the first-ever ultimate Grand Slam champion and completely cement my legacy with everything I’ve won.

It’s got a spot upstairs in my office right on my shelf where it’s going to go when I get it. I haven’t lost sight of it. I’ll do anything I can to get my hands on it before my career ends.”

Sheamus won the Royal Rumble match 10 years ago in 2012. He then went on to win the World Heavyweight Championship from Daniel Bryan in 18 seconds at WrestleMania 28.