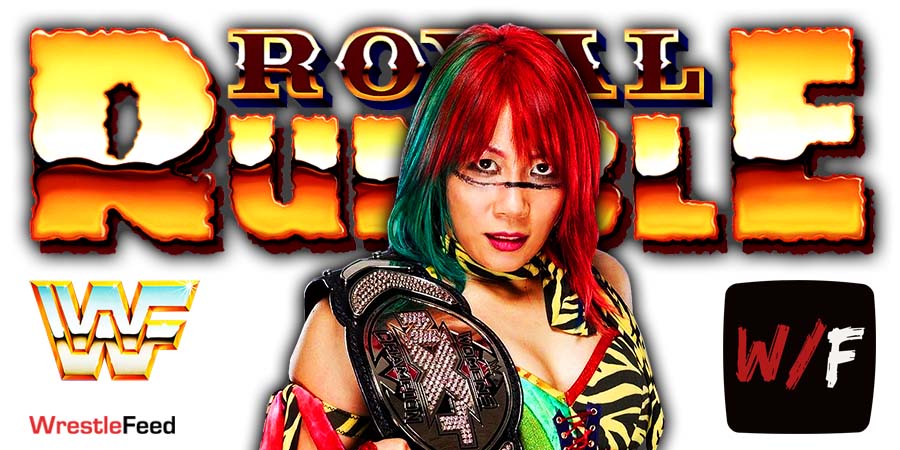 According to Fightful Select, WWE wrestlers thinks former Women’s Champion Asuka (age 40) will make her return during the Women’s Royal Rumble 2022 match tonight, but sources haven’t been able to confirm this:

“There are several talent within WWE that are of the belief Asuka will make her return at the WWE Royal Rumble, though Fightful has been unable to confirm that.

As is usually the case during Royal Rumble week, WWE is tight lipped or not responsive to inquiries about potential surprises or returns. We can confirm, however, that her name was at least discussed internally as a potential Royal Rumble entrant.

Asuka has not appeared on WWE television since WWE Money in the Bank way back in July, which was her only WWE match since the brand returned to live event touring in 2021.

She’d been battling an injury since then, with few if any updates filtering in about her status despite numerous inquiries. We’ve not heard if she’s been cleared or not, outside of the fact that her name was pitched internally.”

Below are Asuka’s accomplishments in WWE so far: