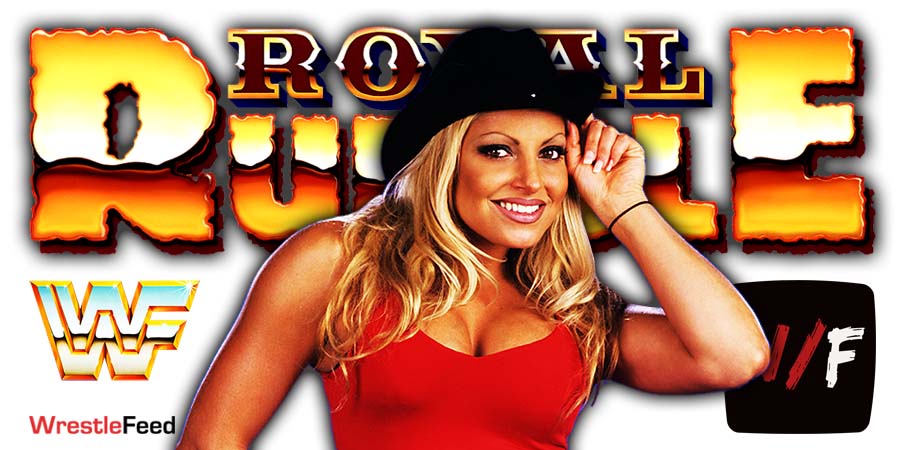 During a recent appearance on The Bellas Podcast, WWE Hall Of Famer Trish Stratus was asked if she’ll appear at tonight’s Royal Rumble 2022 premiere live event.

Trish hinted at an appearance if her work on Canada’s Got Talent as a Judge gets filmed in time.

Below is what the former 7-time Women’s Champion said about her role as a Judge:

“I am filming the semifinals. They do wrap up at a certain time. I’ll be in that headspace, so that’s sort of my focus at the moment. That’s what I have to do. You know how intense it is, I have to be in it.”

Trish competed in the inaugural Women’s Royal Rumble match in 2018.

Speaking of The Bellas Podcast, both Brie & Nikki Bella will be a part of the Women’s Royal Rumble match tonight.

– The Powers of Pain vs. Dave Stoudimiere & Rick Allen