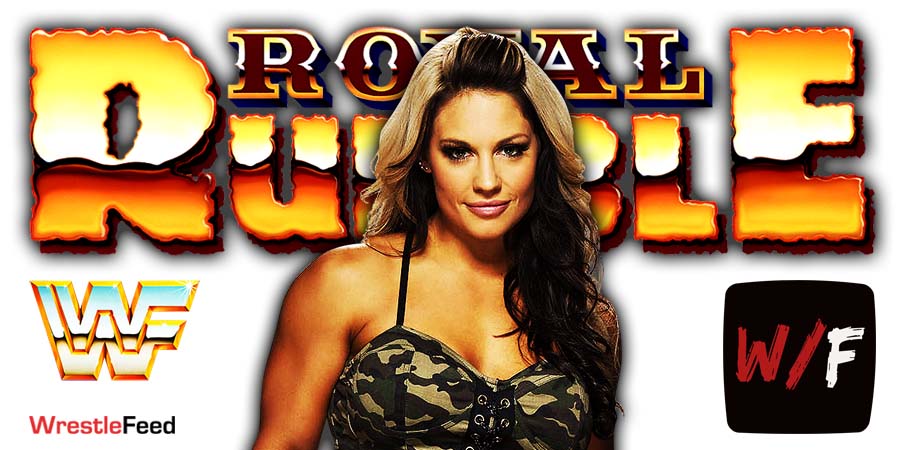 • More Former WWE Divas Are In Town For Royal Rumble 2022

However, them competing in the Women’s Royal Rumble 2022 match isn’t fully confirmed at the moment, although some sources have reported that they will be in the match.

Kaitlyn last competed in WWE during the Mae Young Classic tournament in 2018. She also appeared at the RAW Reunion in 2019.

Sarah Logan made her WWE main roster debut in 2017, and was released on April 15, 2020 due to COVID-19 related budget cuts. She was a part of The Riott Squad, along with Ruby Riott (who is now Ruby Soho in AEW) and Liv Morgan (who will be in the Women’s Royal Rumble match).

WWE has officially announced 23 women for tonight’s match. Below is the list: