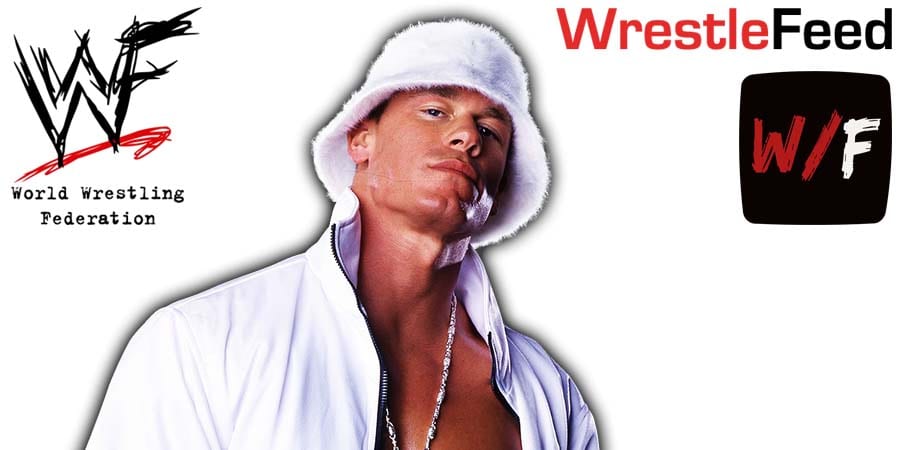 The latest episode of Dark Side Of The Ring was on “The Double Life of Chris Kanyon”.

Kanyon (who wrestled in both WCW and WWF/E) dealt with depression and bipolar disorder. He committed suicide in 2010.

He went on to claim in many interviews that WWE released him in 2004 because he was an openly gay wrestler.

During this episode, John Cena’s appearance on The Howard Stern Show was shown, where Cena said Kanyon “wasn’t any good” and that’s why he got released.

Cena got heat on Social Media for these comments and some fans want him to get “cancelled”.

Along with Kanyon, Cena also trended on Twitter due to this. 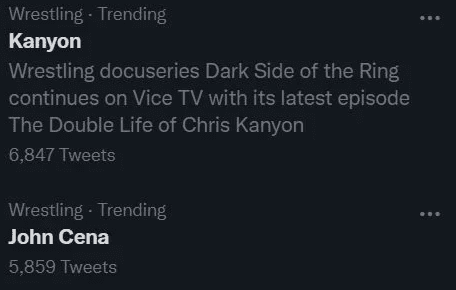 Also Read: Ric Flair Issues Statement Regarding Controversy With Chris Kanyon After Last Night’s Dark Side Of The Ring Episode

It was broadcasted from the Civic Center in Wheeling, West Virginia and featured pre-taped matches, promos & storyline segments on the road to the ‘WWF Survivor Series 1989’ PPV.

The Ultimate Warrior vs. John Weiss