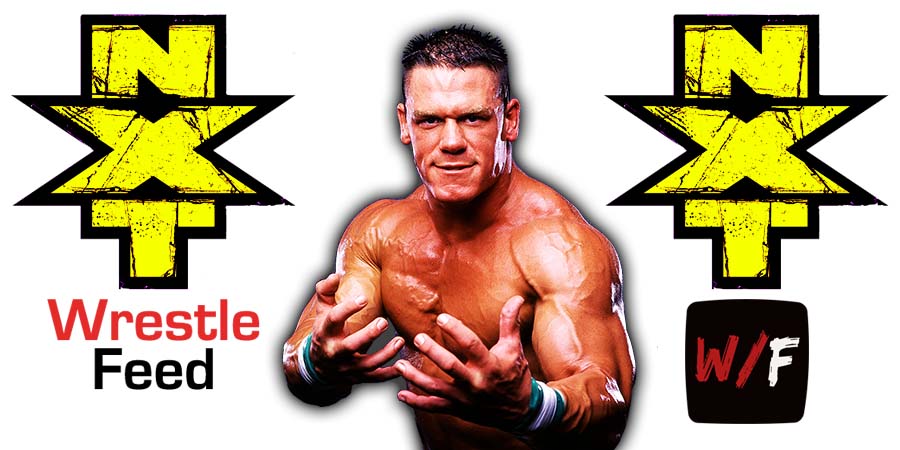 • “Some of it went over my head” – NXT 2.0 Wrestler On The Advice Given To Him By John Cena

NXT 2.0 wrestler Odyssey Jones appeared on WWE’s After The Bell podcast, where he talked about his interaction with WWE Legend John Cena.

“I’m fortunate, a lot of my dark matches were with Austin Theory. He’s a protégé, the kid is the truth. He’s awesome, and working with him was definitely good for me. I haven’t even been working [in wrestling] for 3 years yet, so for me to go to the back and the feedback is different. There’s not a lot of people on the [main] roster my size who are working my way, so the feedback is a bit different.

To hear the mindset and psychology from people like John Cena, and Edge, and even Seth [Rollins]. The things they say is huge, even from psychology in the match. I remember being in the back in Gorilla with John Cena prior to his first promo back. I was actually in the dark match before, which is insane itself. I asked him what’s he thinking, and he instantly looked at the screen and jotted off so much stuff.

Some of it went over my head, and maybe I’ll get to catch him one day. Some of it got in and one of the things that seeped in was hearing the crowd chant. Before the show, you heard the crowd chant, some Cena sucks, others say let’s go Cena, so you started hearing them chant. He instantly started rattling off [stuff]. I’m not going to give out all the tricks because not everyday do you get to talk to John Cena.

He started rattling off, looked at the screen, instantly popped up and saw people that I didn’t see. I figured my eyes would be younger and fresher than his, but I don’t have the eyes that he has for what we’re doing. He instantly just went boom, boom, boom. ‘Look at these kids here, look at this guy there, he’s wearing my gear so I’m going to know…’ I’m like, oh my god, this is insane.”

On this day in 2004, we lost Old School WWF Legend The Big Boss Man (Real name: Ray Traylor) at the age of 41 due to a heart attack.

In between, he worked for Ted Turner’s World Championship Wrestling, where Ray Traylor was also known as ‘The Boss’, ‘The Guardian Angel’ and most notably ‘Big Bubba Rogers’.

In 2016, The Big Boss Man was posthumously inducted into the WWE Hall of Fame by his former Manager Slick.