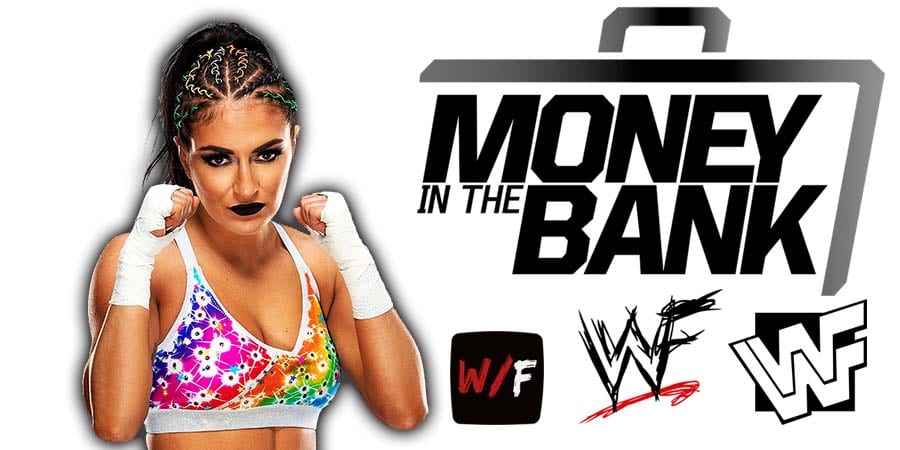 After losing that match, Sonya went on a hiatus and dealt with her stalker problem.

Sonya eventually returned to WWE programming on January 1, 2021, but as a WWE Official who works alongside Adam Pearce.

According to Fightful Select, Sonya could make her in-ring return this Sunday at the Money In The Bank 2021 pay-per-view:

“There has been a significant push to have Deville involved in the Women’s Money in the Bank match, and we’re told as of one point, she was penciled in for the match.”

The following 7 participants have been confirmed for the Women’s Money In The Bank Ladder Match so far (with only one spot remaining):

On this day in Pro Wrestling history on July 12, 1998, Ted Turner’s World Championship Wrestling aired ‘WCW Bash at the Beach 1998’ LIVE on PPV from the Cox Arena in San Diego, California.