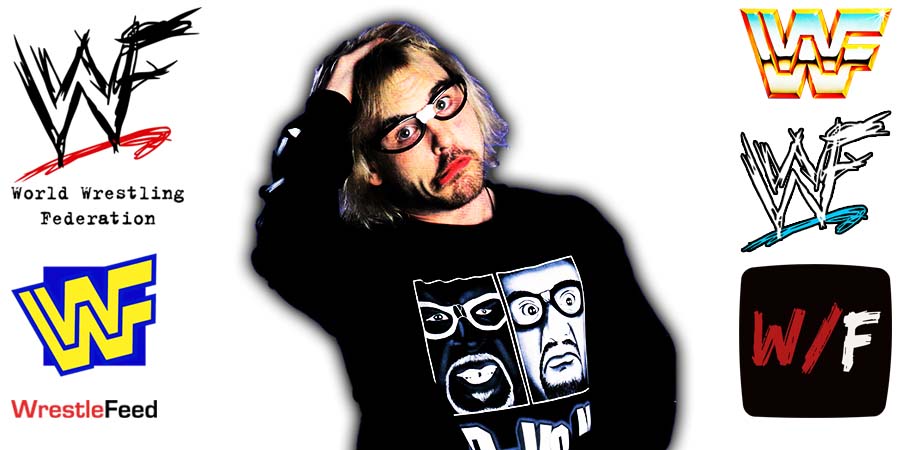 WWE Hall Of Famer Bubba Ray Dudley recently appeared on an episode of the ‘Stories with Brisco and Bradshaw’ podcast, where he revealed that his former Dudley Boyz stable partner Spike Dudley always smoked marijuana back in the day.

Bubba then told a story of catching Spike smoking it in the bathroom:

“I was looking for him and I couldn’t find him. I walked into the men’s room and I see his little boots in one of the stalls, he used to spray paint them with polka dots, and I was like, ‘Spike, you in here?’ All I heard was, ‘[Coughs repeatedly]’ and this big cloud of smoke came out of the stall. I was like, ‘Oh, that’s how you’re able to do it every night.’”

The man now known as Bully Ray then spoke about an incident with Shane McMahon, where Shane called his dad at 3 AM and Spike Dudley didn’t believe it’s actually Vince, so he asked him for some ‘good pot’.

“Me, Shane, [Tommy] Dreamer, and Spike – This is when Shane was on the road with us. We’re probably driving at 3 in the morning, have no business being on the road but we were. Shane looks over at me and he goes, ‘Come on, let’s call Pop.’ I’m like, ‘Horrible idea. Do not.’ He’s like, ‘No, no, come on, let’s call him.’ I’m like, ‘He’s probably sleeping. He’s like, ‘He never sleeps’.

Before I could say anything else, he’s dialing the phone, and he’s like, ‘Pop, yeah, yeah, no, no, Bubba wants to talk to you,’ and he hands me the phone. [I nervously say] ‘Vince.’ He’s like, ‘Why are you corrupting my son, Bubba?’ I was like, ‘You know it’s the other way around.’ [Vince replies] ‘Ha ha ha. Don’t do anything stupid, and make sure you get home safe’.

I hand it back to Shane and Shane goes, ‘Hey Spike, you want to say hello to Vince?’ Spike doesn’t think Vince is on the phone. Spike takes the phone, he goes, ‘Hey, Vinny, you got any good pot?’ [After hearing Vince reply] Spike threw the phone at the windshield. Shane’s phone exploded. Spike was terrified.

The next day of TV, he did everything he possibly could to avoid Vince.”

In 1996, they both joined the World Wrestling Federation as Goldust & Marlena, but later during the famous Attitude Era, she started to use her real name Terry Runnels.