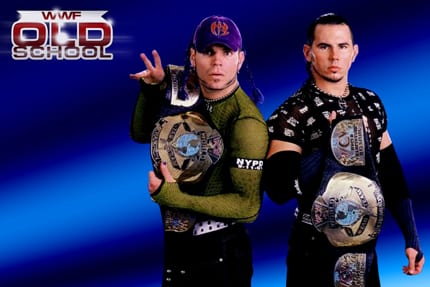 We noted before that The Wolves were forced to vacate the TNA World Tag Team Titles due to Eddie Edwards suffering a broken heel.

A tournament began at last week’s Impact Wrestling tapings to determine the four teams that would compete in an Ultimate X match to name new champions.

That match was held at last night’s tapings and will air in late April or early May. The teams were: The Hardys, Kenny King and Low Ki, Bram and Ethan Carter III, Austin Aries and Bobby Roode.

Matt Hardy and Jeff Hardy ended up winning the match to become the new TNA World Tag Team Champions. This is their first reign with the titles.