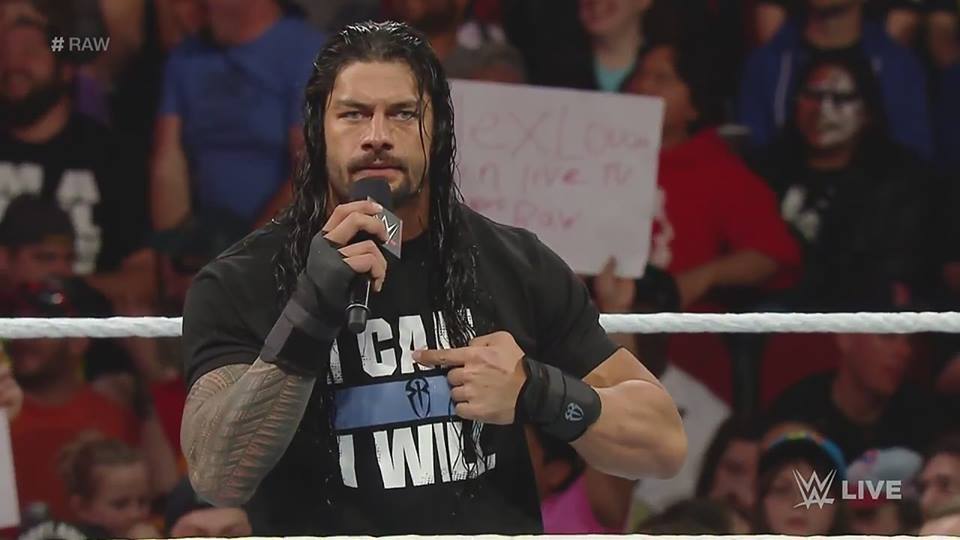 In a recent interview with Rolling Stone, Roman Reigns spoke on his WrestleMania goals, learning from Paul Heyman, taking shots at the crowd, his new T-Shirt “I Can. I Will” and more. Below are a few highlights:

What’s your biggest goal at WrestleMania besides winning the belt?

“I just want to go out there and do my thing, and a lot of that is winning the WWE Championship. I can’t stress enough how that title is everything for us. But for me, I would like to wake up and know, “Yeah, that was a five-star, you-can’t-touch-that match.” I’d like to be able to walk to the back thinking, “Can’t one of y’all do that.” If there’s one thing I’ve shown, I’m not scared of physicality. I’m not scared to take some of my own blood. I play hurt, I play injured. I want people to take from that match that it was one of the most physical they’ve ever seen. That’s something we’re gonna be able to leave behind. When I said last night I was willing to be carried out, I wasn’t joking.”

It seems like you’re definitely learning from Paul Heyman. Does he inspire you to up your game?

“Yeah, but I’ve gotta say that about everybody. I’m always trying to lift the bar, because if I’m getting better, the whole product’s getting better. It’s all about competition in my eyes. Nobody wants to be in the middle of the ladder, so if we continue to push each other, have that competitor’s spirit in the locker room, it’s just going to be better for everybody.”

You shot back at the crowd last night. Is that something you’re comfortable doing or have you been instructed to do that?

You also had the “I Can. I Will.” shirt last night. Is this new wrinkle in your character more of a natural fit than the silent mercenary?

“Yeah, it’s my life right now. That’s what I’m dealing with. It feels different, because it’s different than anything I’ve ever done. Growing up, I’ve had plenty of obstacles, but to be honest, I didn’t always have doubters. I was a standout athlete, so when that happens, you don’t have too many people telling you “You can’t do this,” and “You can’t do that.” I’ve always been a bit of a people person and a hard worker. People saw that, people respected it. But the world we live in, the fans’ opinions are so strong now, so for me, these are things I’m dealing with that I haven’t always dealt with in my life. So for me, it’s refreshing, and I enjoy it. Anything that’s gonna keep you on your toes as a man and a performer is great.”