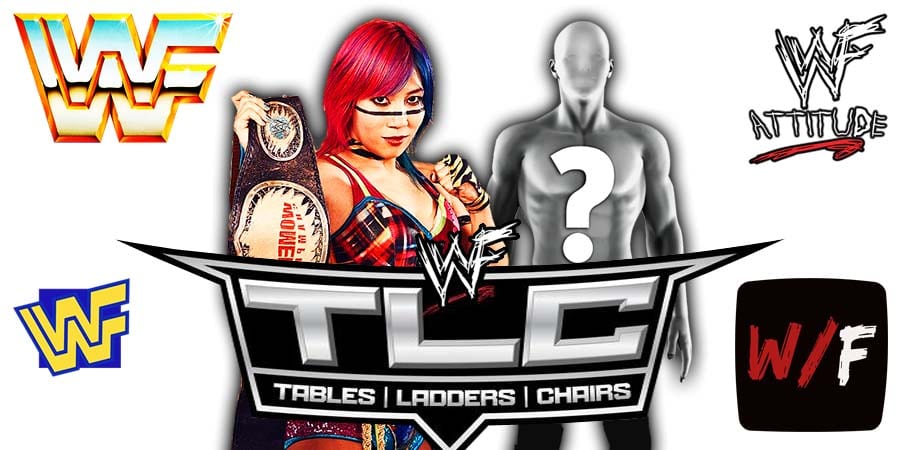 • Spoiler On A Surprise For Tonight’s WWE TLC PPV

RAW Women’s Champion Asuka will team up with a mystery partner at tonight’s WWE TLC pay-per-view to battle Shayna Baszler and Nia Jax for the Women’s Tag Team Championship.

Many fans are expecting Charlotte Flair to return and team up with The Empress, and it seems like that is what’s going to happen tonight.

According to the Wrestling Observer, Flair is in St.Petersburg, Florida today, which is the location of the WWE ThunderDome.

The report also noted that The Queen is scheduled to show up at the pay-per-view as Asuka’s partner.

This comes after we noted yesterday that Charlotte got her implants removed and is on the call sheet for tonight’s TLC and tomorrow’s RAW.

It was broadcasted from the Lee Civic Center in Ft. Myers, Florida and featured pre-taped matches, interviews & storyline segments on the road to the ‘WWF Royal Rumble 1988’ event.

The Ultimate Warrior vs. Rex King