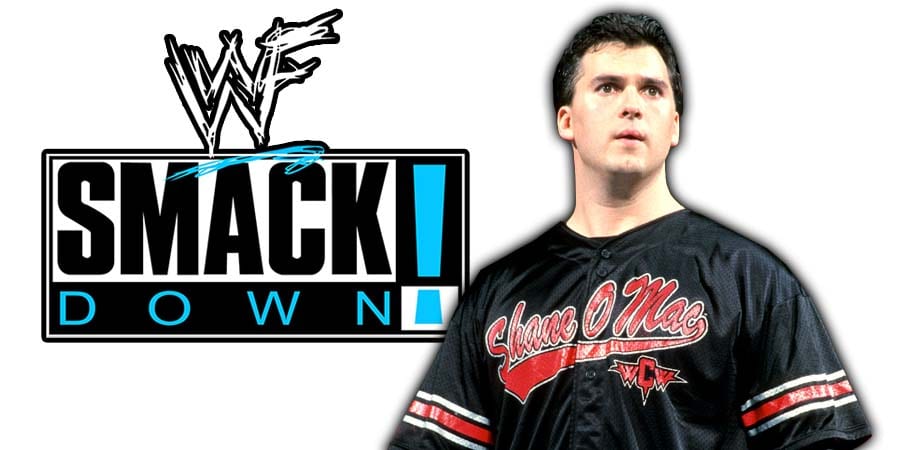 As we noted last night, Kevin Owens & Shane McMahon will battle in a “Career vs. Career” Ladder match on next week’s episode of Friday Night SmackDown on FOX (which will also be SmackDown’s 20th anniversary show).

According to WrestlingNewsCo, the plan for Owens – Shane storyline has always been to phase Shane O’Mac out of WWE TV.

Also, with FOX wanting a sports-like feel from SmackDown, WWE won’t be using any authority figure on SmackDown anymore.

So expect Owens to defeat Shane next week on SmackDown and “The Best In The World” would then be written off WWE TV.

However, that doesn’t mean Shane is going to retire from in-ring competition in WWE. We’ll keep you updated regarding Shane O’Mac’s status.