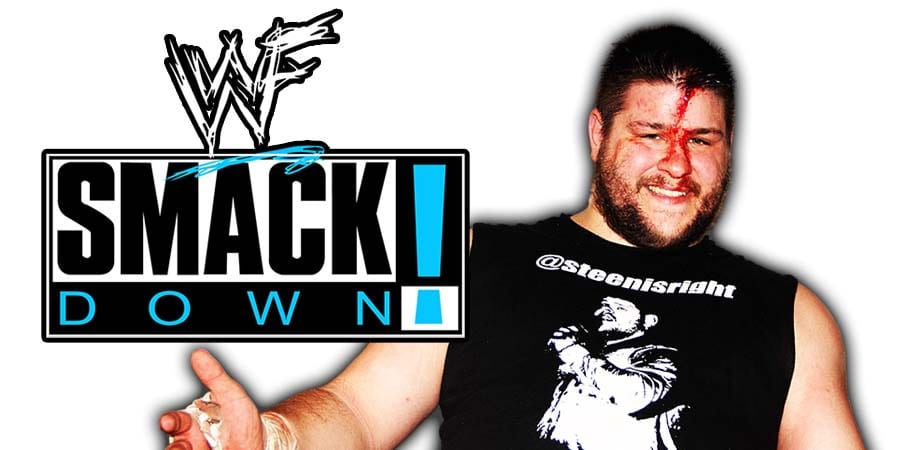 On this day in 1995, the National Wrestling Conference (NWC) aired an episode of their short-lived weekly TV Show NWC Slammin’ TV.

Before anyone gets offended or anything, please keep in mind that this is just a professional wrestling storyline, similar to actors playing KKK members in a movie. Same thing.

Of course neither Jim Neidhart nor The Thug were legitimately supporting the Clan. Duh!

Next week’s premiere of Friday Night SmackDown on FOX is going to be PPV worthy!

Not only are we getting a WWE Championship match and appearances from multiple legends, we are also getting a Ladder match with careers on the line!

Below is the announcement from WWE:

“Kevin Owens hasn’t been able to escape the ire of Shane McMahon during his SmackDown tenure, and it’s continuously put his WWE career in jeopardy.

As a last resort, Owens threatened Shane-O-Mac with a massive lawsuit and set out to hit him where it hurts most: the wallet. Presented with the possibility of an ongoing court battle, KO offered McMahon an alternative settlement for their dispute.

The rivals agreed to put their careers on the line in a Ladder Match on the FOX Friday Night SmackDown premiere with the loser fired from WWE.

Will Owens get the chance to hand “The Best in the World” his walking papers, or will McMahon get rid of his most insubordinate employee once and for all?

Tune in to the Friday Night SmackDown premiere on Oct. 4 on FOX at 8/7 C.”

Below is the current match-card for next week’s episode of SmackDown on FOX (which will also be SmackDown’s 20th anniversary show):