– On this day in Pro Wrestling history on July 24, 1987, Sherri Martel made her WWF debut at the Sam Houston Coliseum in Houston, Texas and went on to defeat The Fabulous Moolah to win the WWF Women’s Championship. You can watch the Title win below:

– On this day in Pro Wrestling history on July 24, 1996, The Steiner Brothers went on to capture the WCW World Tag Team Titles by defeating Harlem Heat at the Riverfront Coliseum in Cincinnati, Ohio.

– On this day in Pro Wrestling history on July 24, 1999, Edge received one of the biggest surprises ever when he went on to defeat Jeff Jarrett to win the WWF Intercontinental Championship at the Skydome in Toronto, Ontario, Canada. Edge didn’t know he was going to win the Title and was surprised when the referee counted to three (as Ken Shamrock was supposed to be the original opponent, but couldn’t make it to the show). 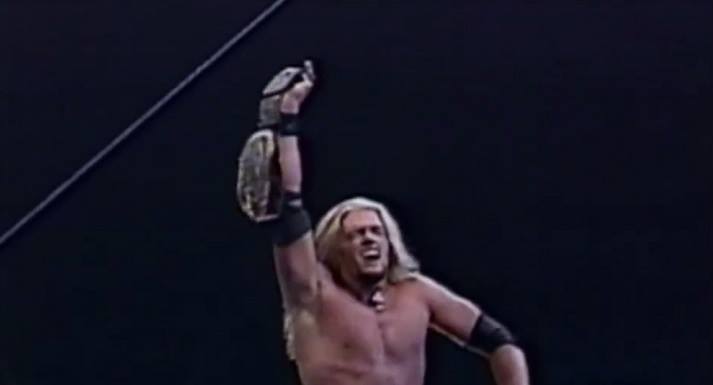 When WWE made the announcement that Stephanie McMahon will be making a historic announcement on this week’s episode of RAW, multiple reports stated that Stephanie would be announcing the first ever all-women’s PPV and the debut of the WWE Women’s Tag Team Championship.

While Stephanie did announce the first ever all-women’s PPV, there was no mention of the WWE Women’s Tag Team Championship.

During a Q&A session with Sky Sports, Stephanie McMahon was asked various questions, including the possible arrival of the WWE Women’s Tag Team Championship.

On what the female Superstars of tomorrow look like:

“They will continue to be the incredible women that they are today. When you think about our women – not only are they athletes, actors, they’re philanthropists, public speakers, they’re out engaging in corporate activities, they’re out there performing in front of thousands and thousands of people live and millions of people around the world.

They’re travelling internationally, they’re constantly on the road, they’re doing reality tv, films, they are doing all of these incredible things. They are multi-talented, strong, intelligent strong beautiful women. Their beauty on the inside and their strength is what shines through on the outside and I think you’re only going to continue to see that grow as our women become role models for more and more girls and women, and boys, around the world.”

On if she will be wrestling at WWE Evolution:

On if Women’s Tag Team Titles will be revealed at WWE Evolution:

“Not quite yet but that’s absolutely something we’ve heard loud and clear from our fan base and it’s something we’re keen on implementing as soon as we are able to.”