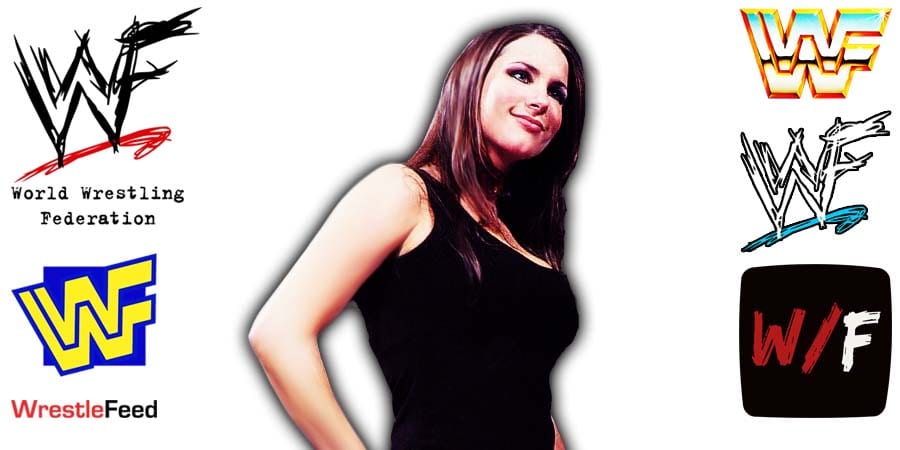 In this flashback article, we take a look at Stephanie McMahon’s appearance on The Howard Stern Show back in the day.

Let’s take a look at the highlights from the part about Stephanie’s relationship with Triple H, her breast implants & more:

Howard: You’ve always been involved with the WWE.

Robin: Did you ever try to do anything else?

Stephanie: I never wanted to do anything else really. I actually have worked for the company since I was about 12.

Robin: What did you do at 12? Which division did you run?

Stephanie: I was the receptionist actually for about two years.

Howard: So your dad always sort of brought you up to be in the family business, right?

Stephanie: Well, my dad always wanted us to have a job. And I really wanted to be in the family business. He left it up to us.

Howard: Dating Triple H, we had Chyna on the show. She’s furious with you. She said bad things about you. She said that you stole her man and that Triple H now is going to be your b*tch, this is just me paraphrasing, and if Triple H doesn’t do what Stephanie McMahon wants him to do, that’ll be the end of his career. So he has to mind his P’s and Q’s. Is any of that true?

Stephanie: Well, I’m sure certainly from her point of view I’m the b*tch of the whole scenario.

Howard: Because you stole her man? Wasn’t it easy to do because you look like a woman?

Stephanie: You know, things just sort of happened there and you know there’s always a lot of sides to every story. But, definitely it is a big deal for Triple H to date me because in a way she’s right.

I mean not that my father would necessarily fire someone for doing something to me, but I’m sure it would come into play. Like if he cheated on me and I was heartbroken over it, I’m his daughter and he wouldn’t fire him but it wouldn’t be a good situation.

Howard: It’s dangerous in a way for him to date you, isn’t it?

Stephanie: It was a big deal. It’s a really hard decision for both of us to make. More so for him, I think.

Howard: But you were so attracted to him because he’s very muscular and manly?

Stephanie: I just was attracted to him in every way.

Howard: Did you think he was a freak because Chyna’s very freaky looking.