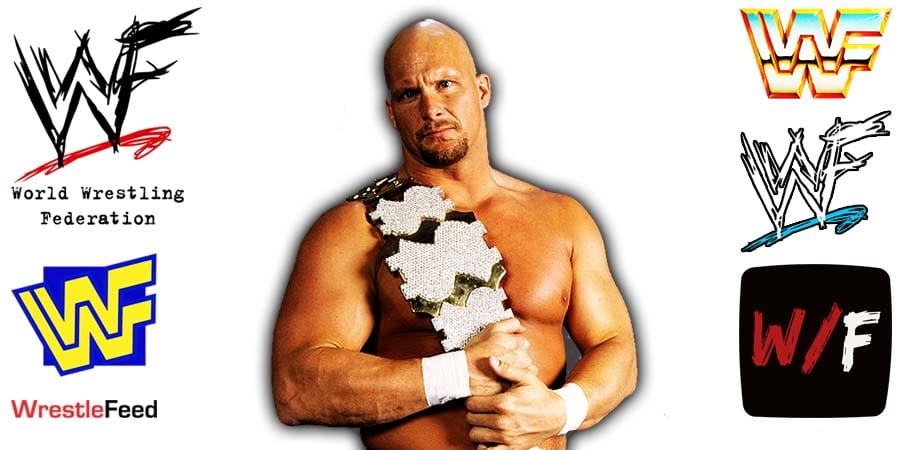 “Stone Cold” Steve Austin was the face of the WWF’s Attitude Era era. He is one of the biggest draws and one of the most popular superstars in pro-wrestling history.

He retired from in-ring competition in 2003, but he’s still drawing millions of dollars for Vince McMahon’s WWE.

Below are his top selling items:

Also Read: RAW Star Will Be The Next Guest On Steve Austin’s Broken Skull Sessions

It was broadcasted from the Selland Arena in Fresno, California and featured matches, interviews & storyline segments on the road to the ‘WWF In Your House 20: No Way Out of Texas’ PPV.