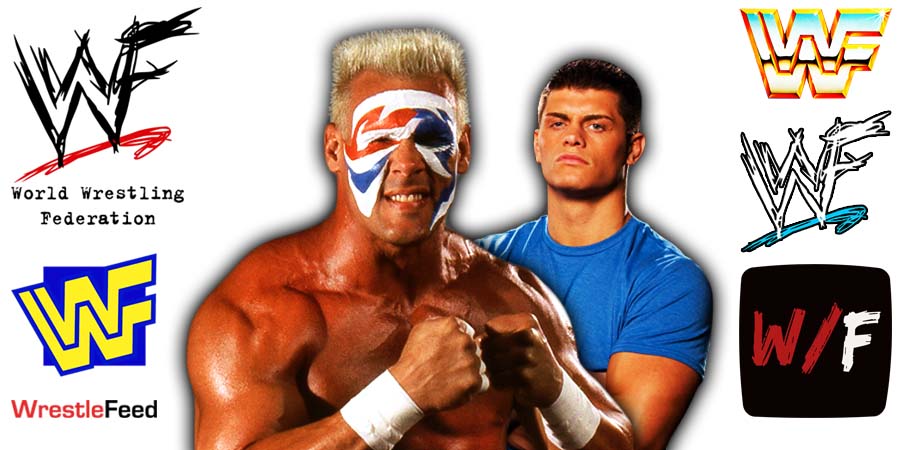 Former 3-time TNT Champion Cody Rhodes was one of the founding fathers of AEW and one of the Executive Vice Presidents, but he has left the company now.

WWE Hall Of Famer Sting posted a photo of him with Cody from an AEW Dynamite segment and tweeted the following:

“Much love and respect for you Cody. 🦂 ”

Much love and respect for you Cody. 🦂 pic.twitter.com/V1ja7ywOwo

After last week’s AEW Dynamite went off the air, AEW President Tony Khan came out and said he had a hell of a week and could use a big hug. Best Friends then hugged him.

Fans in attendance noted that Tony looked a little emotional, possibly due to Cody’s departure.

Post-show, @TonyKhan said he could really use a hug, and who better to give him that than the Best Friends! pic.twitter.com/ttuf1kTa4R

Tony Khan is the one who officially announced Cody’s departure from AEW with the following statement:

“Cody and Brandi Rhodes were integral to the launch of All Elite Wrestling.

Cody’s ability combined with his boldness and his passion for our industry and his love for community outreach helped AEW deliver on our mission to give fans what they needed for fan too long – something new, innovative and lasting.

Brandi helped shape the AEW story, and I appreciate how hard she fought for us both in the ring and out of the ring, competing in the women’s division while advancing our efforts at inclusion and civic causes, including great partnerships with Kulture City and The American Heart Association.

I have immense respect and appreciation for Cody and Brandi, and I wish them both the best as they move on from AEW.

Thank you, Cody and Brandi!”

This pay-per-view featured the first out of 3 legendary Flair/Steamboat matches.