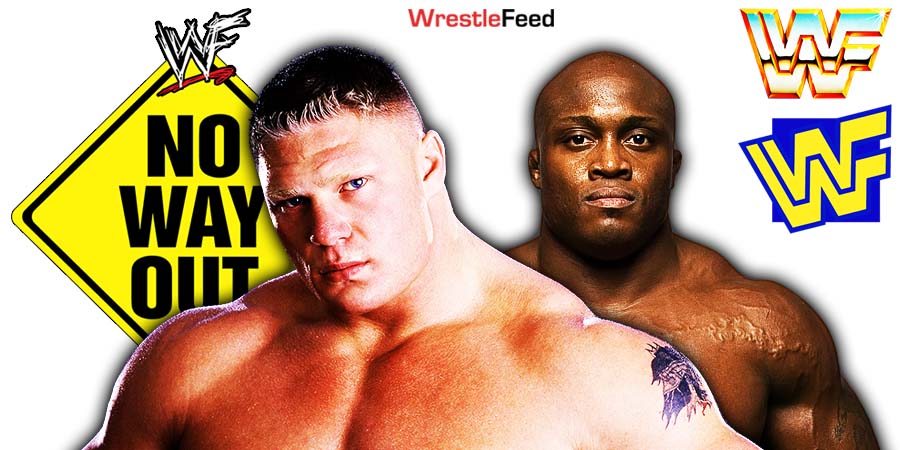 During the match, Bobby Lashley was taken to the back due to a concussion injury angle (in reality, he had a shoulder injury).

In the end, the final two pods left to open were Brock’s & Bobby’s. Bobby’s pod opened first, but he had already left the match.

According to PWInsider, Lesnar then went off-script and wasted no time in entering the match:

“Brock Lesnar smashed through a legitimate Elimination Chamber door to enter the EC match and we are told that was not a planned spot. That is one scary man.”

Well, The Beast doesn’t get paid by the hour!

This professional wrestling pay-per-view featured the debut of the “Thundercage Match”.