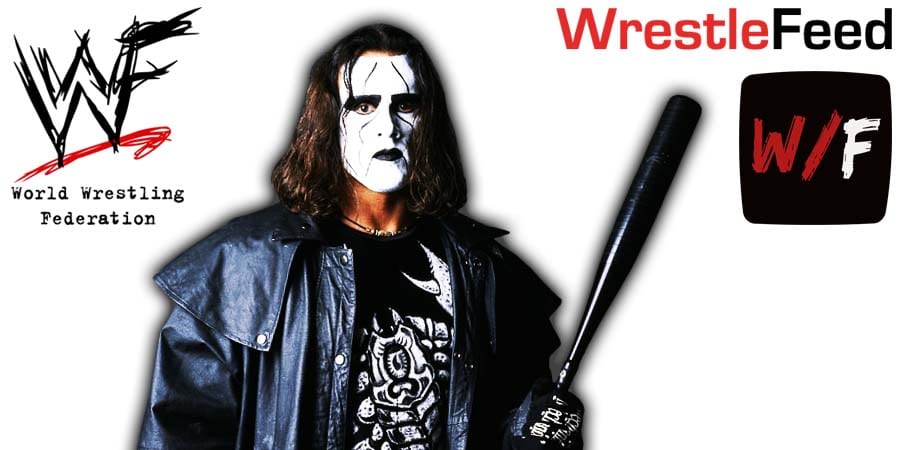 During his appearance on the AEW Unrestricted podcast, Sting talked about finally joining WWE in 2014 and getting inducted into the WWE Hall of Fame in 2016.

On making his WWE debut:

“With the whole Monday Night War thing, you don’t know how the WWE Universe will take to me and all the guys. It was good.

And then the crowd did receive me and that was a relief. I felt like, ‘Well, I’ve done just about everything there is to do here.’ And I had fun, they treated me good.”

On his induction into the WWE Hall of Fame:

“I was reluctant to do it because I was still scheduled to work and wrestle. I said to Triple H, ‘Listen, I’m still wrestling.’

He says, ‘Yeah, but we think it’s still gonna be good. Just because you’re inducted doesn’t mean you’re retiring or it’s over.’

Sting probably mixed things up here, as he suffered a career-threatening injury in 2015 and then announced his official retirement during his Hall of Fame speech in 2016.

Bart Gunn first joined the WWF in 1993 as one half of The Smoking Gunns with his Tag Team partner Billy Gunn and together they won the WWF Tag Team Champions 3 times.

While his 1998 Tag Team with Bob Holly as The New Midnight Express wasn’t exactly successful, Bart Gunn did make a name for himself by winning the infamous ‘Brawl For All’ tournament.

He returned for one night at the ‘RAW 15th Anniversary Spectacular’ on December 10, 2007 as a participant in a Battle Royal that featured a lot of Old School 90s WWF Wrestlers.