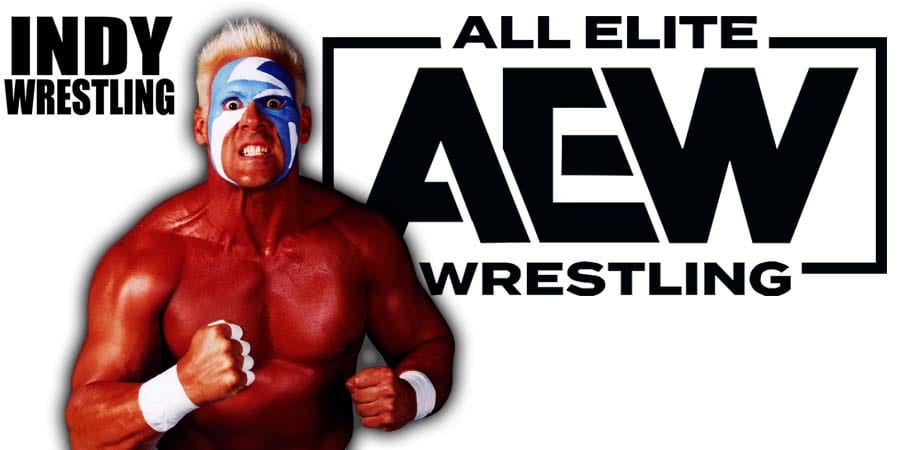 • Sting Reportedly Set To Wrestle In AEW, Types Of Matches He’ll Be Involved In

WWE Hall Of Famer Sting shocked everyone when he showed up on last week’s “Winter Is Coming” edition of AEW Dynamite, after Cody Rhodes and TNT Champion Darby Allin defeated Ricky Starks and PowerHouse Hobbs of Team Taz.

He had a staredown with Cody, Darby and Arn Anderson.

Justin Barrasso of Sports Illustrated is reporting that AEW has plans for Sting to wrestle for the promotion, which may include cinematic and Tag Team matches.

It was also noted that Sting and AEW President Tony Khan will have a “collaborative” partnership, and that The Icon was impressed with AEW’s professionalism, long-term planning and compensation.

Sting will speak for the first time on AEW Dynamite this Wednesday in an interview with Tony Schiavone.