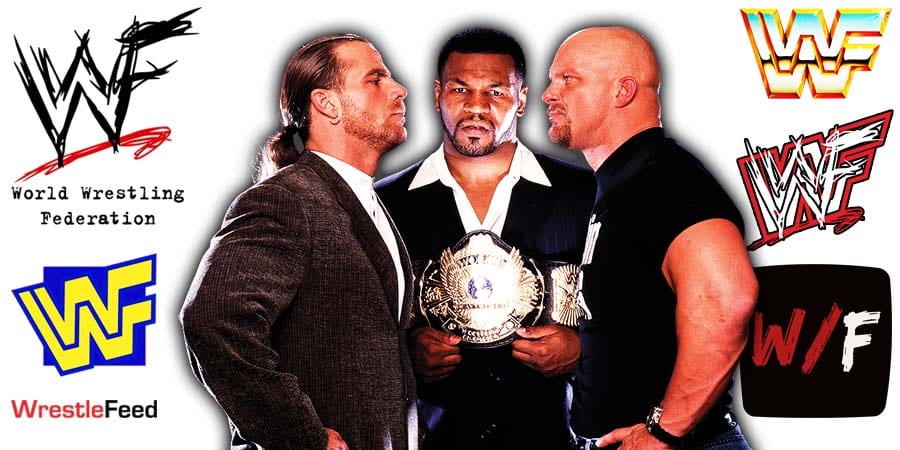 Old School WWF Legend “Stone Cold” Steve Austin appeared on an episode of the ‘WrestlingRamble89’ podcast, where he talked about his legendary 1998 in-ring segment with Boxing Legend ‘Iron’ Mike Tyson, in which Austin showed Tyson his middle fingers and got pushed away pretty hard as a result.

Here’s what The Texas Rattlesnake had to say:

“I didn’t know what Mike was going to say. I kind of had the broad points about it. But, it was just a deal where Mike went out and said what he said and I got in his face and flipped him off.

Stone Cold & Iron Mike eventually got along on camera after the main event of WrestleMania XIV, when Austin defeated Shawn Michaels to win the WWF Championship.

The brother of Bret “The Hitman” Hart and the late Owen Hart is best remembered for his time in Calgary Stampede Wrestling, a promotion that originally belonged to his father Stu Hart, but Bruce re-opened on his own in 1986.

He also had several appearances for the World Wrestling Federation over the years, including wrestling in an Elimination match at the WWF Survivor Series 1993 PPV.