Austin strikes a classic pose for the cover, with his fists clenched and arms raised as glass shards fly around him. Steve Austin had the following to say:

“I think it speaks to the impact my career had on the business. It was a testament to the times when the business was as hot as it’s ever been. I got a chance to lead that charge and all these years later, it comes back around.”

“Not only will Austin grace the video game’s cover, but he’s involved in shaping its creative direction. Through his numerous contributions, inclusion on the largest roster in franchise history and the game’s to-be-announced features, WWE 2K16 is certain to put everyone on notice,” said Chris Snyder, vice president of marketing at 2K.

Steve Austin last wrestled for WWE in 2003 and there were rumors of him returning for one last match at WrestleMania 32 next year but he turned down the rumors. 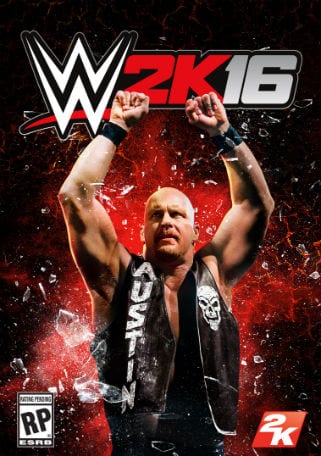