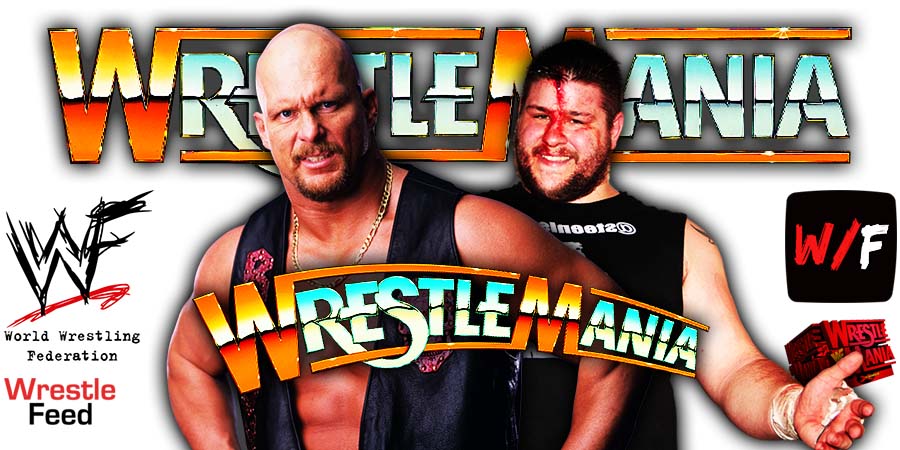 • Stone Cold Steve Austin Is Training For A “WrestleMania 38 Fight”

In the main event segment of this week’s RAW, Kevin Owens came out and said he will host his KO Show at WrestleMania 38.

WWE posted a video of Austin on Tuesday, where Austin accepted Owens’ challenge.

Austin said he plans to open one last can of whoop a$$ at WrestleMania 38.

According to the Wrestling Observer, Austin is training for a “fight” at WrestleMania 38 and is currently working on his cardiovascular condition:

“It is being billed as the Kevin Owens talk show with Austin as guest on the Saturday show on 4/2.

It is planned for more than just a stunner, although the stunner would appear to be the obvious conclusion. There was still talk about an angle leading to a match if Austin were to agree to it, but they felt they needed to announce Austin on the show this week.

What we do know is that Austin has been upping his cardio, so the plan is for a fight scene, and not just a quick stunner.”