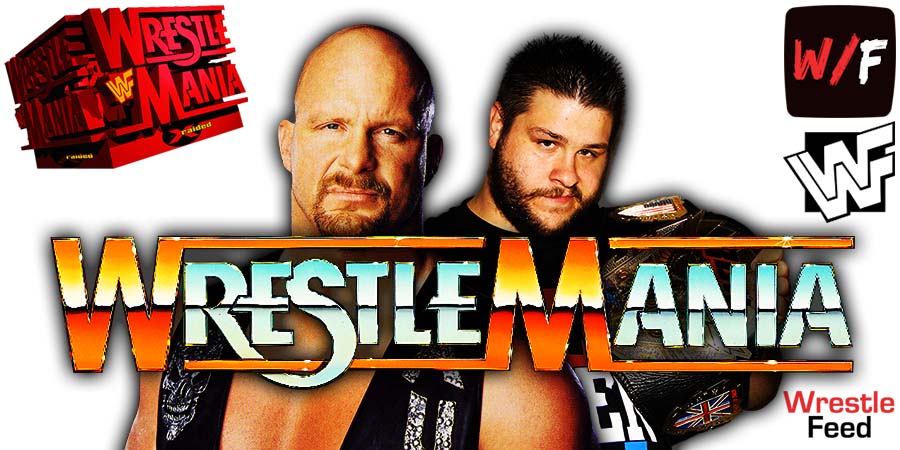 Before WWE posted the video of “Stone Cold” Steve Austin accepting Kevin Owens’ invitation to appear on The KO Show at WrestleMania 38, WWE Hall Of Famer Jim Ross discussed this situation on his podcast.

Good Ol’ JR noted that Austin didn’t sound overwhelmingly enthusiastic about his WrestleMania 38 plans, and he doesn’t think The Texas Rattlesnake will have a match.

Below is what Ross said:

“It looks like Austin is not going to do anything at WrestleMania as far as wrestling in the ring.

He and I have talked, but at the time we talked, he didn’t know what he was going to do and he didn’t sound overwhelmingly enthusiastic about it.

People have to understand that Steve is a perfectionist. Even though he stays in great shape and he looks wonderful, especially for a guy his age, he looks great. He can do a photo shoot and it looks like that can be Steve from any era, but that’s the athlete in him. He likes to train, eat right, and all those things.

If he was going to wrestle at WrestleMania, and this is just me talking, I would suggest that it should have been decided 6 months ago, not only to build a story to that crescendo in Dallas at WrestleMania, but to give him time to train better and have more peace of mind. You know he’s going to hand pick his opponent.

Why wouldn’t you let him hand pick his opponent? If you’re the promoter, all you do is you want him on the card so he will sell tickets or Pay-Per-Views. I don’t have a lot of optimism for it.

I don’t want to be a negative Nelly, but he’s not going to do it unless he thinks he can pull it off as something perfect, and I don’t know that he can do that even in my mind or his mind with only a few weeks to prepare for it.

It all can change by the time people hear this. It could be the biggest announcement of the day, the trending news of the day, I have no idea, but I know him, and he doesn’t like surprises.

He likes to prepare, and if anything, over prepare because he always wants to give the fans their money’s worth. He’s got a legacy that he’s built around the Stone Cold brand that he’s not going to purposely, or by his own hand, make himself look bad, and I don’t blame him.”

On this day in 2007 Total Nonstop Action! aired another episode of their weekly TV show ‘TNA iMPACT! Wrestling’.

This episode took place at the TNA Impact Zone in Orlando, Florida and featured matches, interviews & storyline segments on the road to the TNA Destination X 2007 PPV.