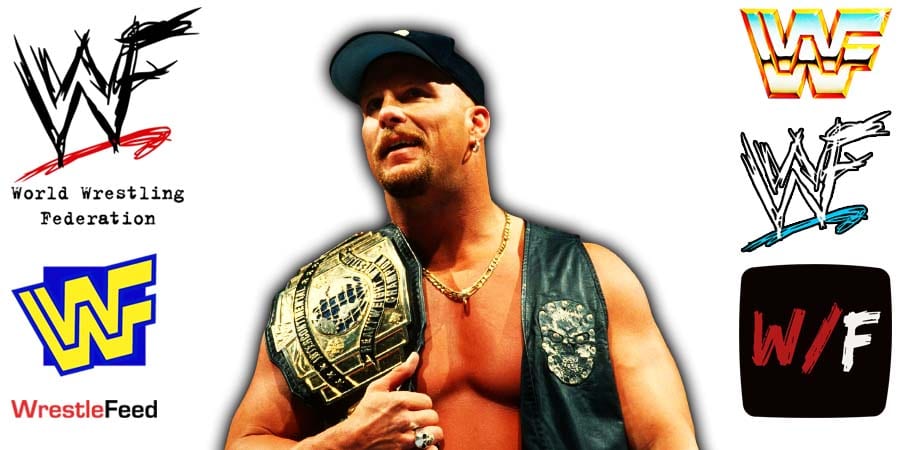 On a recent episode of his weekly ‘Grilling JR’ podcast, Jim Ross revealed that Steve Austin refused to work with ‘Wildman’ Marc Mero, when they were both in the World Wrestling Federation together.

“He didn’t wanna work with Marc Mero. He didn’t give me a specific reason, he just felt it wasn’t right. That’s all he said, ‘It’s just not right’.

I was on the phone with him trying to talk him off the ledge, so the decision to do these things were mine.

If you’re gonna get hot at anybody, get hot at me, not Austin. My job is to keep the talent happy and productive.”

Ross did not go into detail about when Stone Cold refused a program with Mero, but they eventually wrestled each other on two PPVs, once at WWF King of the Ring 1996 and again a month later at WWF In Your House 9: International Incident.

Austin ended up defeating The Wildman in both matches.

It was broadcasted from the Center Stage Theatre in Atlanta, Georgia and featured pre-taped matches, interviews & storyline segments on the road to the ‘WCW Bash at the Beach 1994’ PPV.

Johnny B. Badd vs. The Terrorist

An Update By Eric Bischoff On The Hulk Hogan Contract Signing

Highlights Of Ray Traylor With The Guardian Angels

Frank Andersson vs. The Gambler