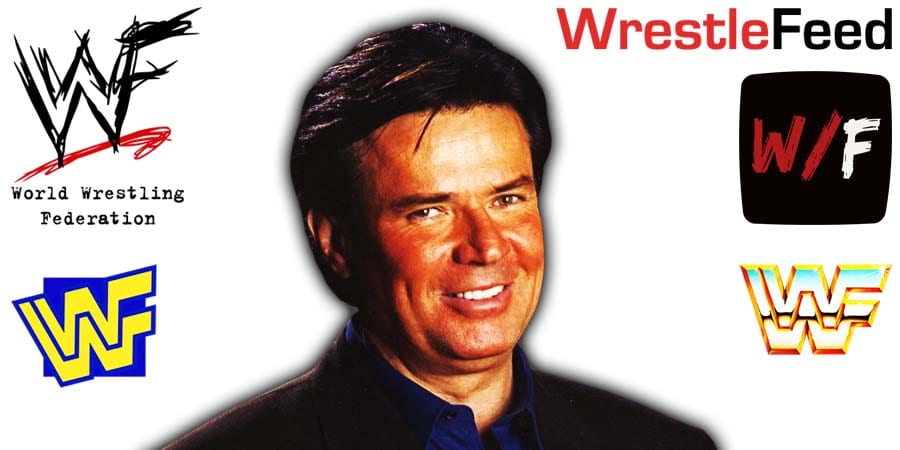 When WWE’s stock went up in value after their recent cuts throughout the company, rumors instantly started that Vince McMahon was planning to put WWE up for sale.

Many within WWE and outside believed that WWE President Nick Khan would position the promotion to soon be sold.

However, on a recent episode of his weekly ’83 Weeks’ podcast, WCW Legend Eric Bischoff explained why he does not think that’s going to happen any time soon.

“The more I think about it, the more I’m convinced WWE is not for sale. I’m not suggesting that’ll never happen. Nobody knows for sure, and I’m not privy to any inside information.

But I’m more and more convinced that what WWE is doing, and I think Nick Khan is probably the catalyst for a lot of this, is making good business decisions.

What was their stock price before COVID? Somewhere around 70 bucks a share, give or take. Now, it dropped down to the mid-30s when COVID hit.

I was pretty convinced that without touring, the idea that component of that business model was going to evaporate, I was kind of like wow, this is not pretty for WWE.

That entire company has been set up on a business model where live events and merchandising were such a big chunk of their overall revenue stream.

The stock went down, and I thought it was gonna be hard for this company to get back where they were. But I think the stock is around 56 or 58 dollars a share.

If I’m WWE, and I’m on the board or the chairman or just a shareholder, I’m sitting here wondering what they are gonna do to get that stock price back up to where it was.

That should be everybody’s goal.”

9. Sivi Afi does a firedancing demonstration