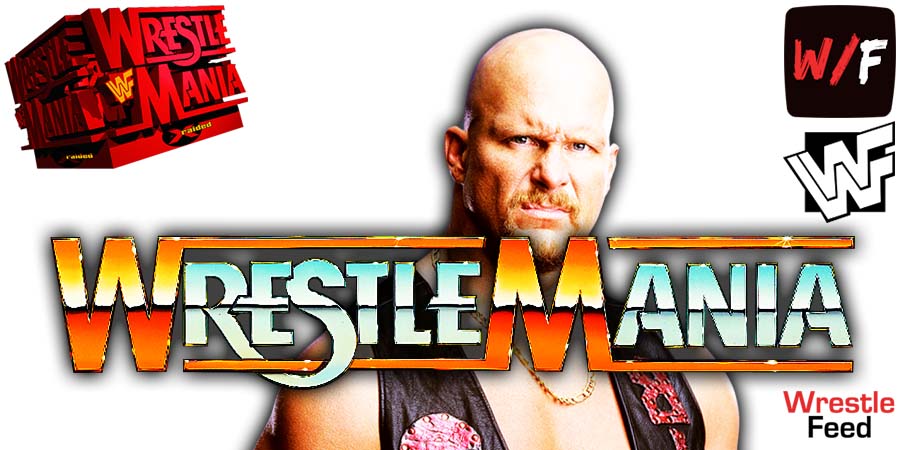 During a recent appearance on the Brewbound Podcast, Austin talked about WrestleMania 38 and his future.

When asked if he’ll have a match at WrestleMania 39 (aka WrestleMania Hollywood), Austin said he’s done wrestling, but might appear on the show if Vince McMahon calls him.

“I never thought I’d be back in a ring but, there we were headlining, main event for the — headlining WrestleMania for Night 1 and it was just truly an honor to be out there and really excited to be out there to — just like the last few times I’ve been able to drink our beer, Broken Skull IPA out in the ring.”

It was broadcasted from the Veterans Memorial Coliseum in Phoenix, Arizona and included pre-taped matches, interviews & storyline segments featuring the 1987 WWF Superstars.