Tonight’s RAW kicked off with Seth Rollins and Braun Strowman having a Contract Signing for their Universal Title match at WWE Clash Of Champions 2019, but The OC interrupted and ruined the contract signing.

WWE Hall of Famer “Stone Cold” Steve Austin, who will appear on next week’s RAW at MSG, wants this contract signing to happen again, but under his moderation this time.

I got an idea. Next week on #Raw, let’s complete this Championship Contract Signing, only this time it’ll be moderated by good ol’ #StoneCold @steveaustinBSR. And that’s the bottom line cause I said so. #WWEMSG

WWE plugged Austin’s tweet on RAW and another contract signing segment between Rollins & Strowman has been made official for next week’s RAW (which will be the go-home edition of RAW for Clash Of Champions 2019). 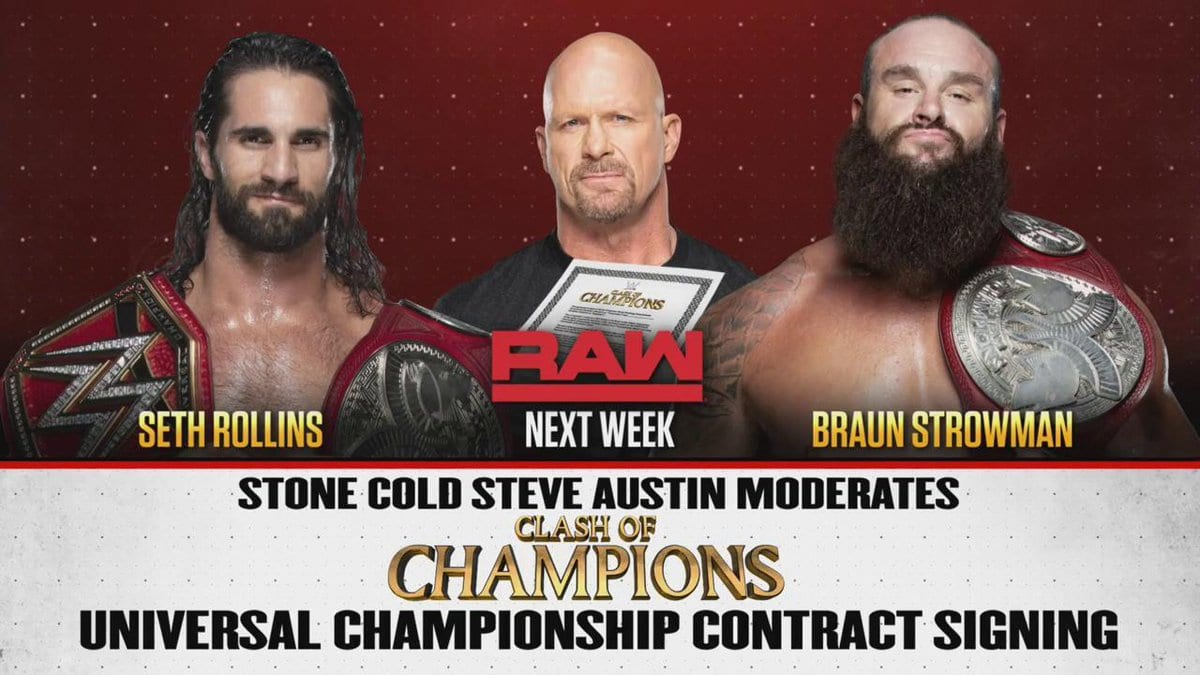