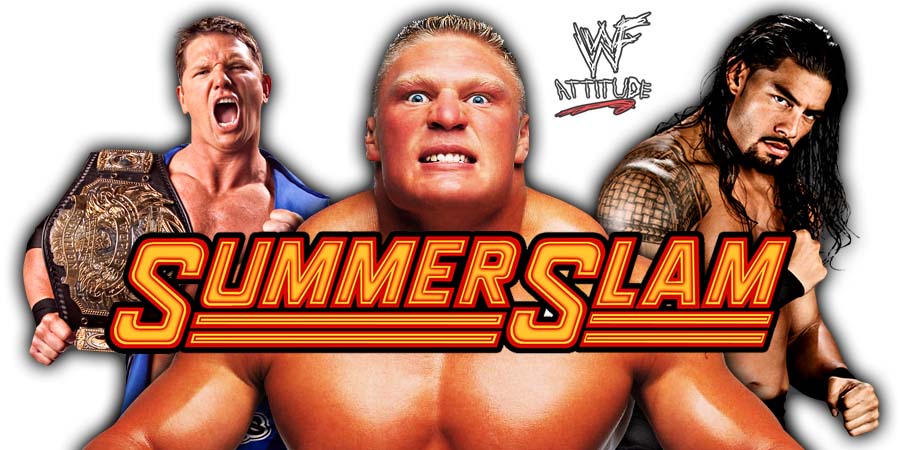 Tonight’s SummerSlam 2018 PPV is airing live from the Barclays Center in Brooklyn, New York and is the 31st SummerSlam PPV.

Let’s take a look at the match-card for the evening:

During the ending moments of the match, Lana slapped Almas and this led to Zelina taking advantage and rolled up Lana to pin her (Zelina’s feet were on the ropes as well).

After this match, WWE Hall of Famer Jerry “The King” Lawler appears on the Kickoff panel. This is Lawler’s first WWE TV appearance since the passing of his son, WWF Attitude Era wrestler Grandmaster Sexay (Brian Christopher Lawler).

During a backstage interview with Charly Caruso, Paul Heyman says Brock Lesnar will hit Roman Reigns with the F5 and pin him to retain his Universal Champion – and that’s not a prediction, that’s a spoiler.

Up next is the WWE Cruiserweight Championship match. This is the first of the nine title matches tonight!

Cedric manages to retain the Title by rolling up Gulak.

During the opening moments of the match, Bo Dallas teased that he injured his leg, but continues. Revival is now working on Bo’s ‘injured’ leg.

Dawson is looking to suplex Bo from the apron to outside on the floor, but Bo counters and nails a Neckbreaker.

Axel tags in and he’s looking to hit a Perfect Plex on Wilder, but Wilder counters and rolls him up. However, the referee is focusing on Dallas and Dawson.

Dawson pushes Dallas and Bo falls on Axel and reverses the roll up. Axel ends up pinning Wilder and The B-Team retain the Titles!

The B-Team (c) def. The Revival to retain the RAW Tag Team Championship

All 3 Kickoff matches ended with roll-ups.

The main show kicks off with Dean Ambrose’s music, followed by Seth Rollins’ music. This means it is time for the Intercontinental Championship match.

Intercontinental Champion Dolph Ziggler is out next with his friend Drew McIntyre.

Dolph’s tights feature a print of the Intercontinental Championship.

Both men down. #SummerSlam pic.twitter.com/NYWOJt7reV

After good back & forth action, Rollins goes for the Frog Splash, but lands on Ziggler’s knees! Ziggler goes for the pin, but Rollins kicks out.

McIntyre attacks Ambrose on the outside and Ziggler nails a Zig-Zag on Rollins in the ring and goes for the pin, but Rollins kicks out!

Rollins is busted open. Ambrose nails Dirty Deeds on McIntyre on the outside and Rollins nails the Stomp on Ziggler to get the win! 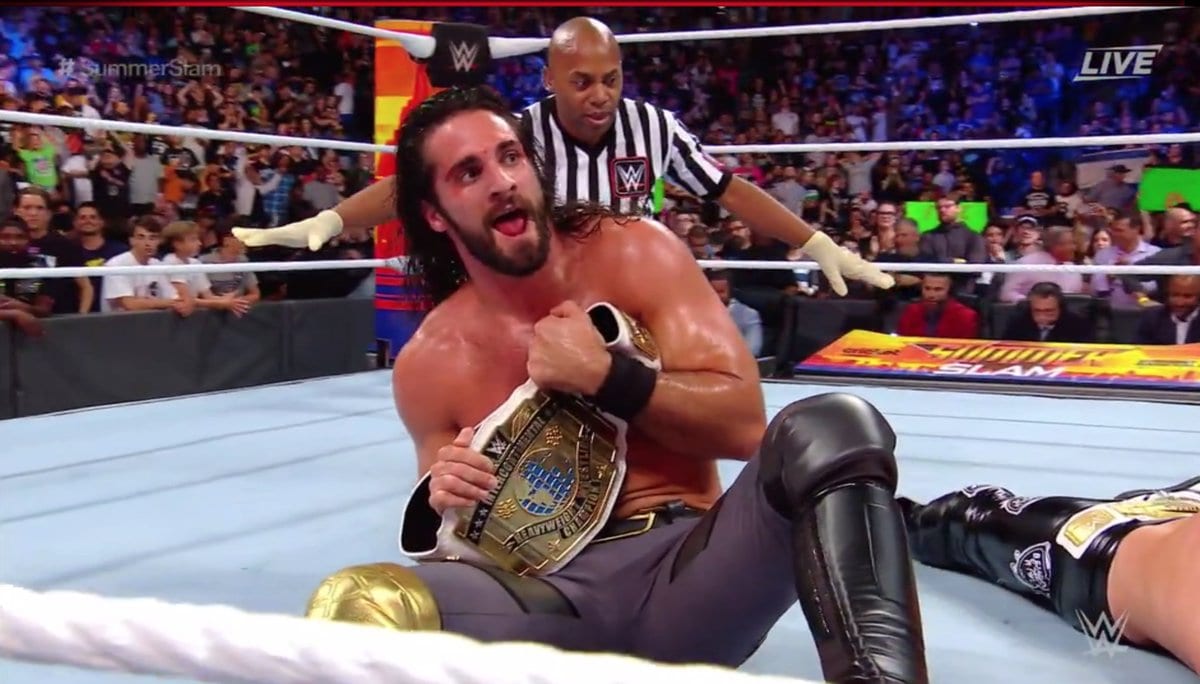