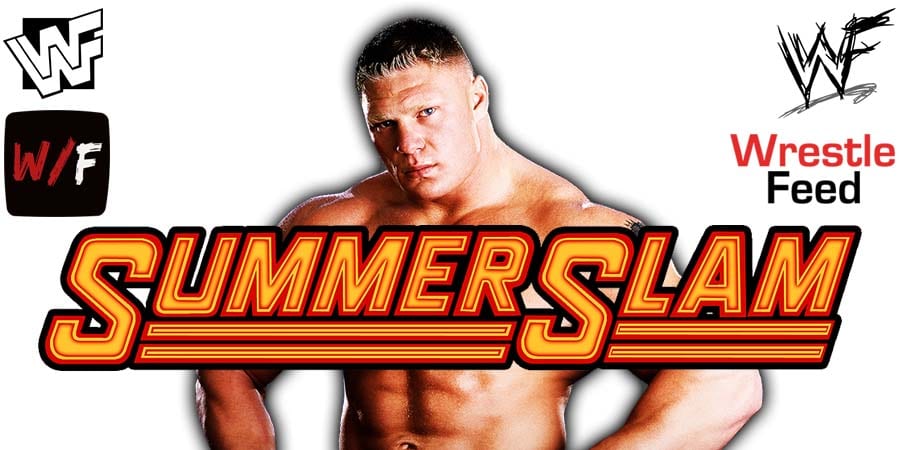 Former WWE Champion Brock Lesnar has not wrestled a professional wrestling match for more than a year, after losing his last WWE match against Drew McIntyre at WrestleMania 36 in April 2020.

Most fans were surprised when Brock didn’t return for this year’s WrestleMania 37 PPV, especially because it was the first WWE event with an actual audience since the start of the ongoing COVID-19 pandemic.

But will Lesnar be brought back for this year’s SummerSlam 2021 PPV? Here’s the latest update from the Wrestling Observer:

“I have not heard about SummerSlam, I would have thought he would be at WrestleMania, but he’s not under contract.

I suppose SummerSlam is possible, but I have not heard any whispers in that direction.”

The Wrestling Observer also noted that WWE is considering hosting SummerSlam 2021 at Madison Square Garden in New York City. Fans are expected to be in attendance at this PPV (and WWE also plans on begin touring again starting at SummerSlam).

SummerSlam 2021 is currently scheduled to take place on August 22nd.