During a recent interview with ESPN, new WWE United Kingdom Champion Pete Dunne talked about representing WWE’s UK brand, his dream matches, having a match at WrestleMania one day & more. Below are the highlights:

On winning the WWE UK Championship at NXT TakeOver: Chicago:

“I’ve completed every goal I’ve wanted and more at the age of 23. That doesn’t mean I’m going to stop there at all. There’s a lot more goals on the horizon.”

On who are his dream opponents:

“I’d love to wrestle Brock Lesnar. It’s the realism, the way he carries himself. It’s 100 percent believable because he’s real. That’s someone who I’d love to get in the ring with someday. I don’t think there’s a possibility of it ever happening, but I’d also love to wrestle William Regal one day.” 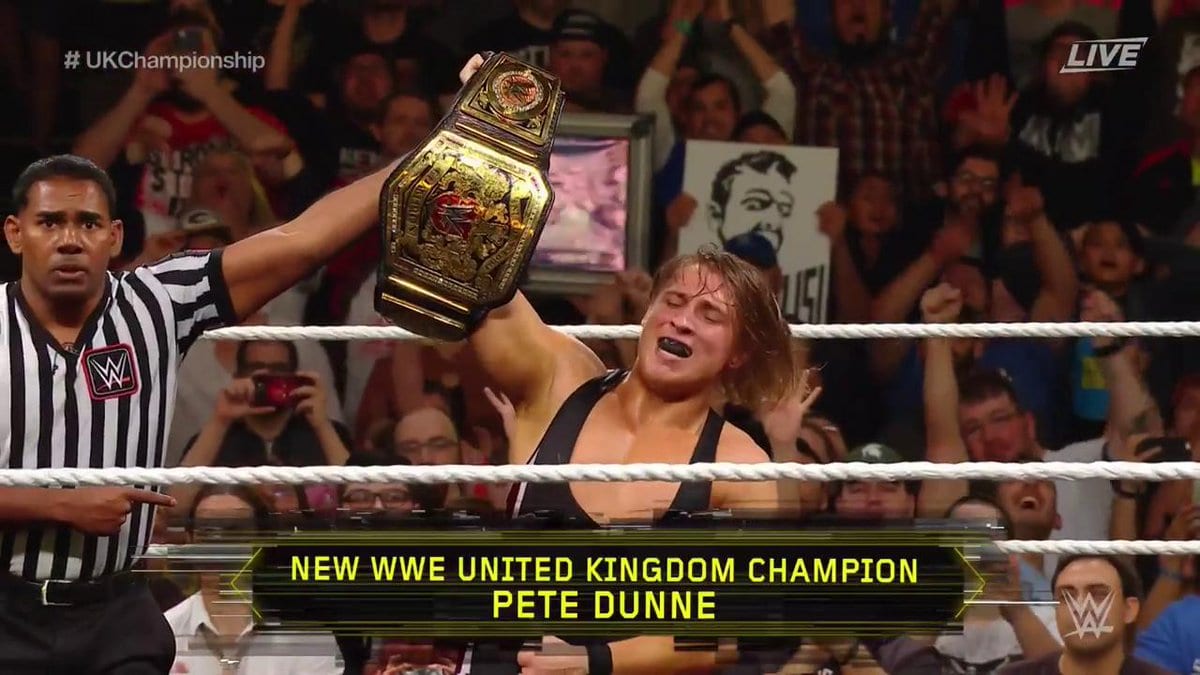 On wrestling at WrestleMania one day:

“One of my remaining goals is WrestleMania. That was a goal that I never really thought was doable, whereas now, it feels like it’s on the horizon. It feels like it’s something I could do in the next few years, for sure.”