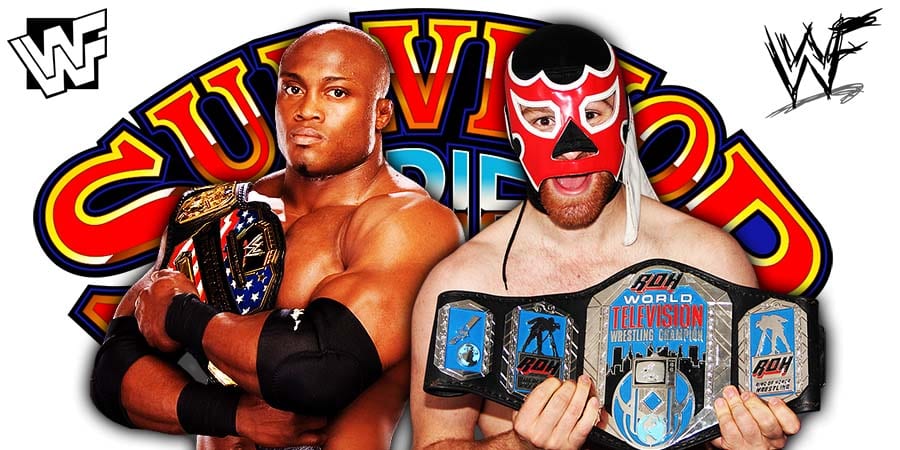 Big E is with Kofi Kingston & Xavier Woods tonight and they are sporting Gears Of War 5 gear.

Angelo Dawkins pinned Xavier Woods to pick up the win for his team and brand.

Both teams showed respect to each other after the match.

Up next is United States Champion Bobby Lashley taking on the Intercontinental Champion Sami Zayn.

During the match, Zayn complained about suffering from vertico during being hit with a vertical suplex by Lashley.

Lashley then made Zayn tap out to the Hurt Lock.

Zayn complained to WWE officials at ringside after the match.

Reigns then told Jey to get out of his arena.

"Go find your brother, and get out of my arena. I don't have time for losers, not tonight." – @WWERomanReigns to Jey @WWEUsos #SurvivorSeries pic.twitter.com/eWlOIQUXl4